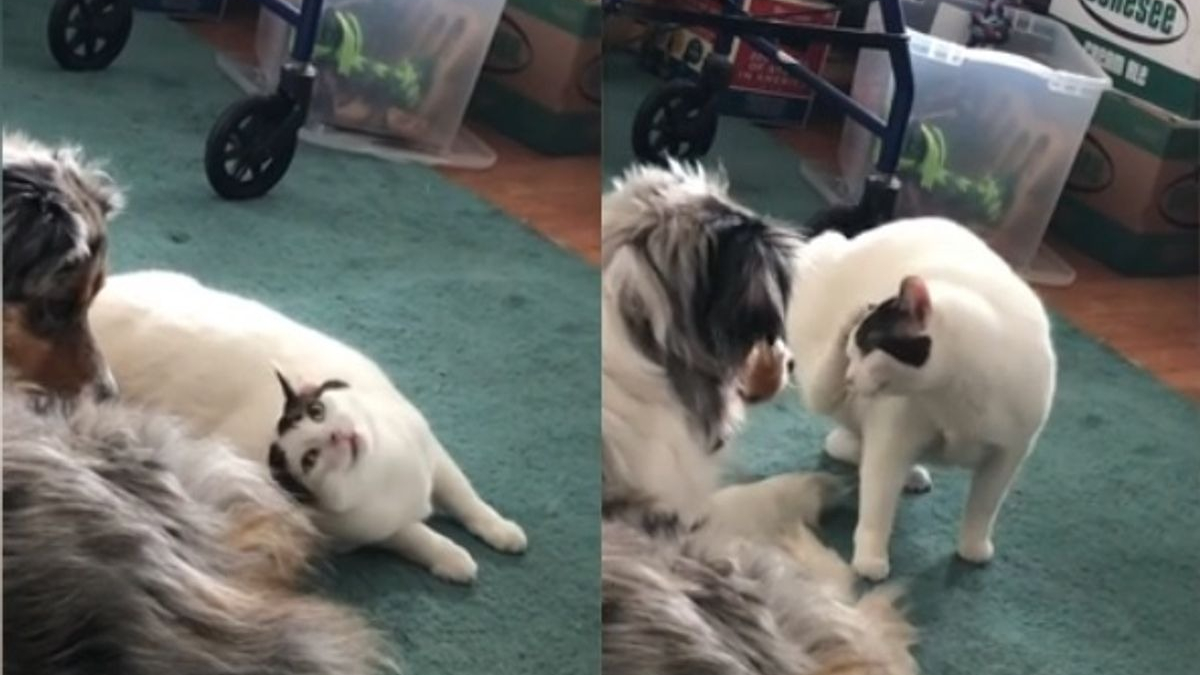 Nikita and Blue are best friends. The first is a cat, while the second is a dog. Their wonderful friendship was born 5 years earlier, after a tragedy that occurred to the feline. 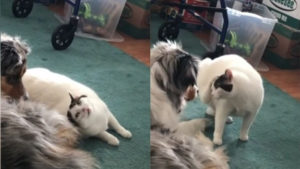 Alene Husson and her husband Gerry live in Indian Lake, New York. They are the happy owners of a wonderful duo of animals, consisting of a cat and a dog. Their story is reported by Newsweek.

The female American Shorthair is called Nikita and is 8 years old. His friend is a 5-year-old Australian Shepherd by the name of Bleu. Both love each other and have been inseparable since they met.

Nikita had grown up in another family that also had a dog. She was used to being around canines from a very young age. Their owner at the time unfortunately died, and a new home had to be found for the 2 animals. The cat was adopted by Alene and Gerry, while the dog moved to another home. 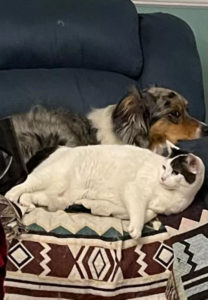 The couple had just lost their former dog, an Australian Shepherd, and wanted a cat because it was easier to take care of. However, Alene and Gerry then realized that they ultimately wanted to adopt a new dog as well. This is how the family grew with another Aussie, Blue in this case.

Nikita and Bleu got along wonderfully from the start. Their relationship has been idyllic ever since. “We never had the slightest problem,” explains their mistress. I know it’s unusual, but I think the fact that the cat grew up with another dog when they were both little was instrumental.”

They are together all the time and spend their time either playing or lying side by side. Alene and Gerry are aware of how lucky they are to have them in their family. The pair brings them a lot of happiness, but also a lot of laughter. Their owner says that “the funniest thing is when they start playing. The cat jumps on the dog’s head and the dog grabs her by the paw and pulls her to the ground.” 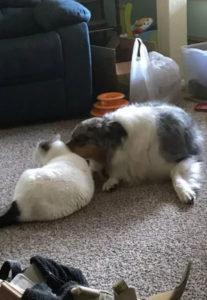 She also says that if Blue doesn’t feel like playing, “the cat bites his paws to annoy him until he changes his mind. Sometimes, continues Alene, Nikita’s whole head ends up in the dog’s mouth.

A bond that nothing can alter…