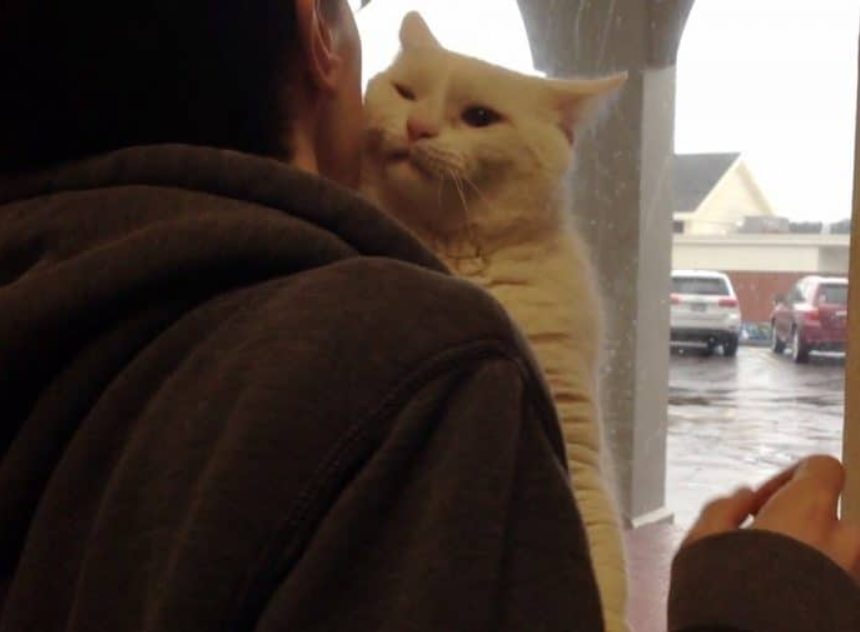 The guy and the girl went to the shelter to choose a cat, however, everything did not go according to plan – one cat turned out to be too socially active and decided to choose the owners himself.

Stephanie, along with her boyfriend, looked into the cat shelter in New York City to choose a cat for themselves, since they recently lost their cat Oliver and missed him very much. They kept another cat in the house and decided that the pet needed a friend. Arriving, the guy wanted to go into the room with cats and choose. But suddenly a large white cat appeared and jumped into his arms, and then climbed onto his shoulder.

The girl, fortunately, managed to take a couple of shots from this incredible spectacle. The cat happily purred on the neck of the future owner. After what happened, the guy and the girl decided that this was a sign of fate and the cat simply had to become their pet. The guy even asked for a day off from work to help the moustachioed man adapt better. At first, he hid somewhere for most of the day, but when Stephanie came home, he left his hiding place. 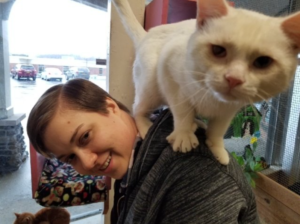 Very soon he stopped being afraid and became a friendly and very sociable cat. He loved to rub his muzzle on the arms and legs of his new owners and purr non-stop. Only now, the red cat already living with the couple did not enthusiastically accept the new friend and constantly hissed at him, but gradually, sniffing at each other, they nevertheless decided to live in peace and without conflicts.