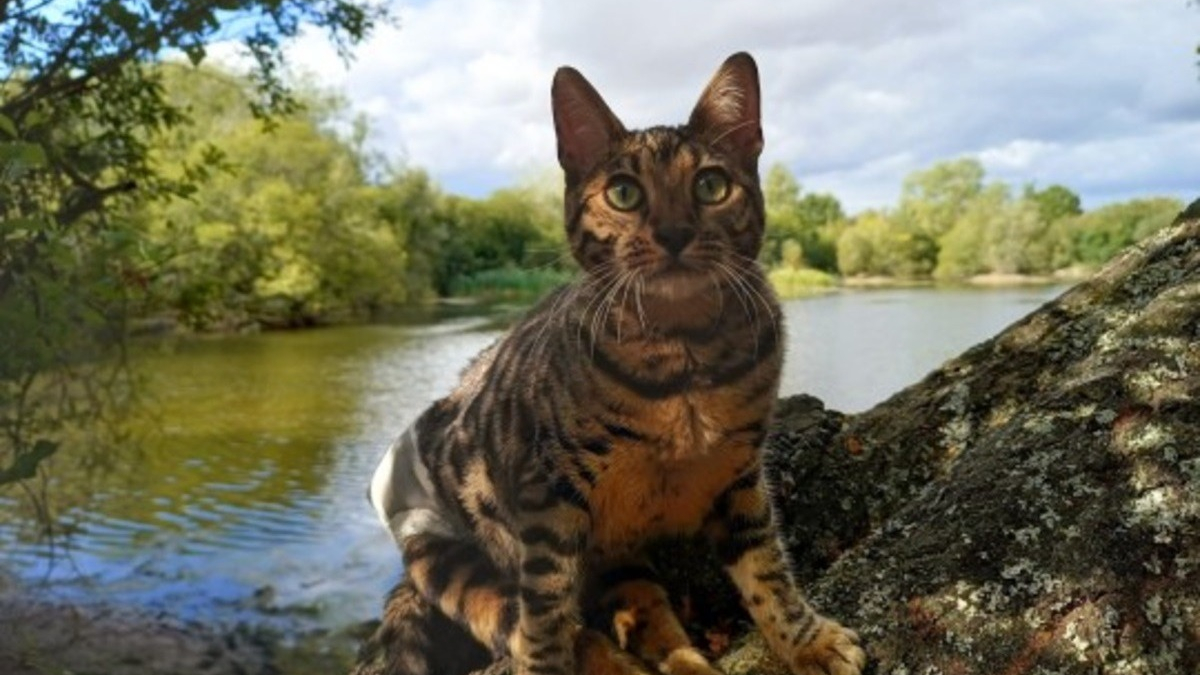 Suffering from hindquarters paralysis since a young age, Hanny is nonetheless an active cat with boundless energy. She accompanies her humans on all kinds of adventures and does so with even more enthusiasm when it comes to going to the beach. 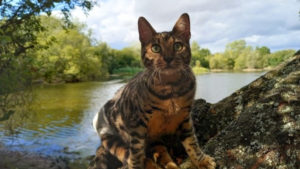 The resilience that our pets show in the face of the worst difficulties is what motivates and inspires us. The story of Hanny, reported by Metro, is the perfect illustration.

This Bengal cat has known paralysis almost all her life. Barely hours after her birth, she had been bitten by a fellow creature. Her spine severely damaged, she could not use her hind legs.

Sarah and her husband, her owners, adopted her when many people would have avoided doing so because of her disability. It is one of the most beautiful decisions this couple has made, given the happiness and joy it brings to them on a daily basis.

Now 8 months old, Hanny moves by dragging herself with the strength of her front legs. Her humans bought her a custom cart, but she didn’t want one and prefers to have her rear end wrapped in fabric to “crawl on.” This visibly gives her comfort. 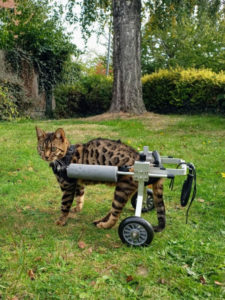 With her owners, she connects adventures and discoveries in the middle of nature. The cat loves hiking in the forest, on the shores of lakes, in caves or even parks. Her favorite outings, however, are those that take place at the beach. Sarah and her husband take her there as often as possible. “She runs towards the sea as soon as her feet touch the sand”, says her mistress. The Bengal also likes to face the waves. 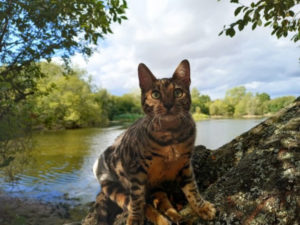 As a worthy representative of this breed resulting from the crossing of various domestic felines (Abyssinian, Burmese and Egyptian Mau in particular) and the Asian leopard cat, Hanny is not at all afraid of water.

“She gets a little stronger every day,” Sarah says of her. The latter also explains that the cat has become a minor celebrity. People stop when they pass her to talk about her or even take her picture. Hanny is also popular on TikTok, where the account dedicated to her has over 2,000 followers.