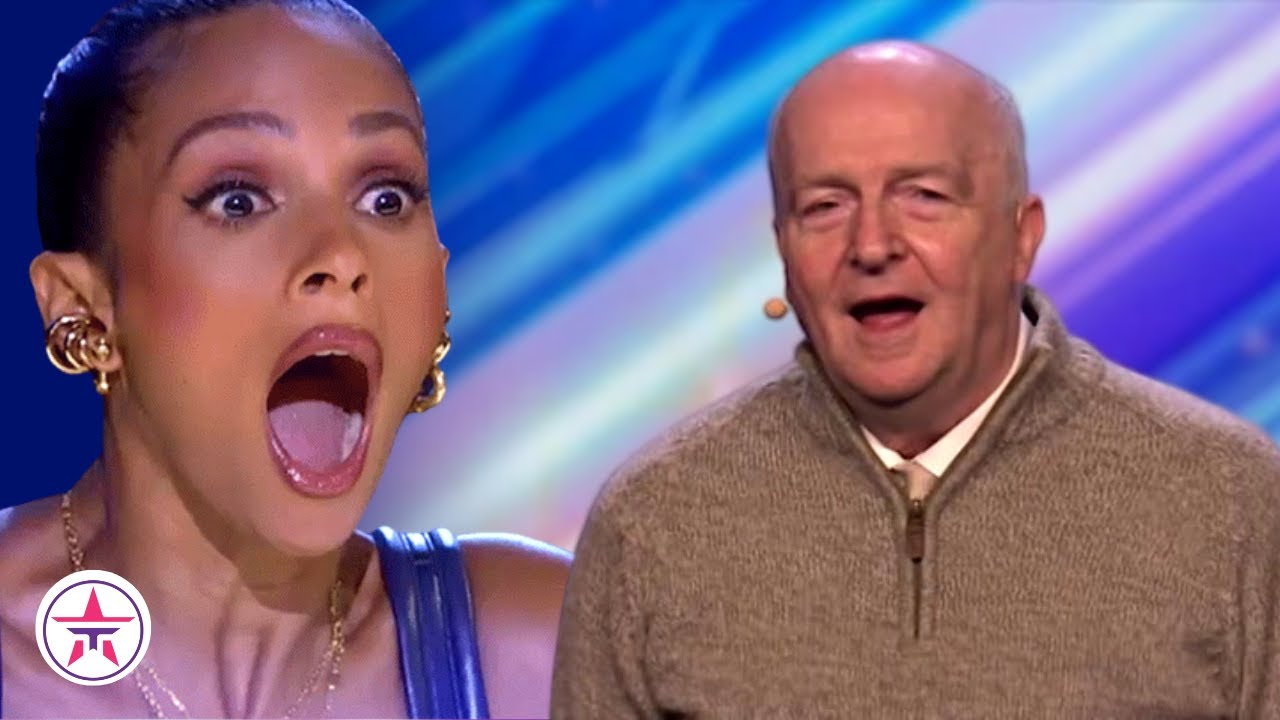 The video begins with Kenny Petrie, a 64-year-old gentleman, kneeling to open a suitcase. The judges watch, trying to figure out what might be in the suitcase.

When they first see the guitar, Simon’s face says it all: they have low expectations for this act. However, this initial disappointment does not last long.

Kenny begins to play a familiar riff that many know by heart: Aerosmith’s “Walk This Way” riff.

Completely disconcerted, the judges are in shock. No one expected this music from this man! The video advances slightly, and now he’s playing a different song. 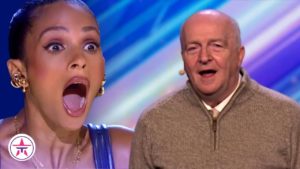 Besides his age, one thing that clearly sets Kenny apart from many other performers is his confidence.

Although it’s obvious he’s concentrating, Kenny is also smiling and enjoying the music as he plays. Bouncing around the stage and looking around the crowd, it is obvious Kenny knows how to work a crowd.

Impressive, Kenny managed to make Simon smile! Once he was done playing, the judges were eager to tell him how impressed they were. Now referred to as the “god of rock” by the judges, Kenny quickly received four “Yes” votes to advance in the competition.