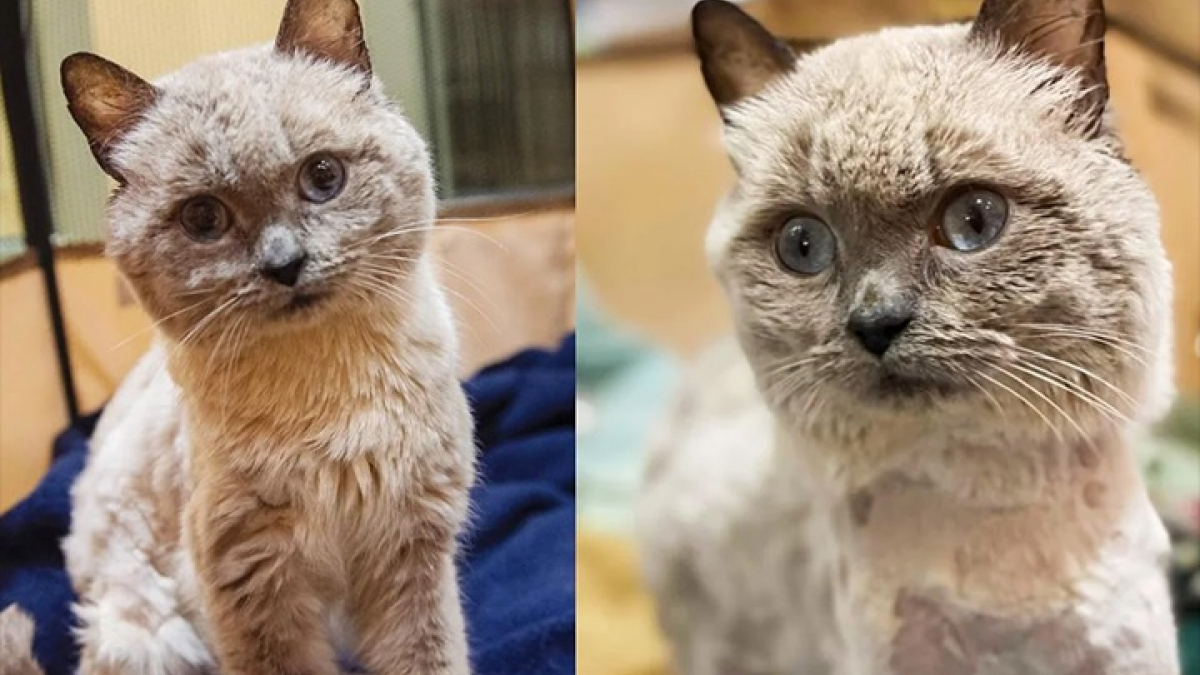 Houston, a cat that looks like a teddy bear is moving with his extraordinary personality. Despite his illness, he does not give up. The care provided by the veterinarian revealed his magnificent topaz blue eyes. 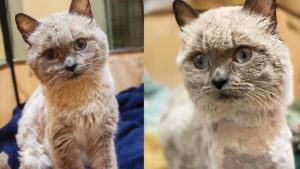 Houston is a somewhat surprisingly looking 5-year-old Siamese by breed standards. His coat is curly, which gives him the appearance of a touching teddy bear. He was taken in April 2022 in a sad state to Tabby’s Place cat sanctuary in Ringoes, New Jersey, USA. The poor animal seemed disoriented and a little shy, but with the benevolence of the volunteers, he quickly revealed his touching personality. “When he arrived, he was like a warm-hearted little woolly bear, brimming with affection and excitement to be alive,” said Angela Hartley, director of development at Tabby’s Place. 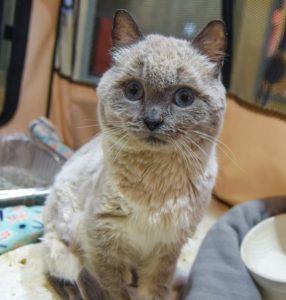 When Houston arrived at the shelter, he was malnourished and had extremely matted fur. In addition, the vet diagnosed severe hydrocephalus which prevented him from fully opening his eyes. This disease is due to a pathological accumulation of fluid in the cavities of the brain, which causes swelling.

Despite everything, Houston showed obvious signs of affection towards his benefactors: “He started kneading with his paws as our team gently untangled the knots in his hair,” explains a volunteer. The tender cat consulted a neurologist and received the appropriate care for his good recovery. Once the pressure in his brain was reduced, Houston was able to fully open his eyes. 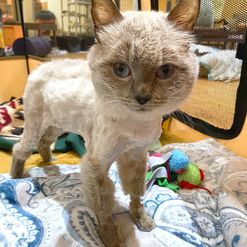 The beautiful sky blue eyes of the little cat made their most beautiful effect with the whole team. “This sweet boy refuses to let his disability keep him from living his life to the fullest. As soon as he sees you, he straightens up and craves attention. All he wants is to be loved,” Angela Hartley told LoveMeow. Now Houston is on the mend. He will soon be up for adoption.