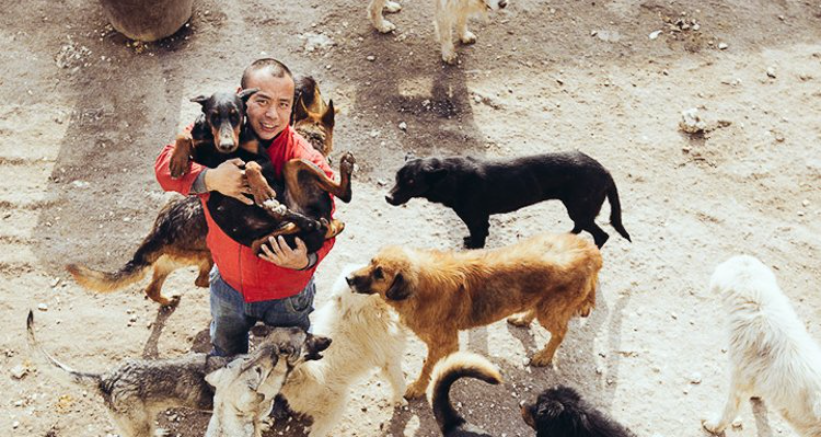 Meet Wang Yan, a Chinese citizen living in Gelong City. A few years ago, he was one of the largest industrialists in the steel industry. His millions allowed him to live as he pleases, but he chose a different path… 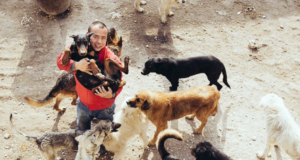 The man spent all his money on such a noble mission as rescuing dogs from Chinese slaughterhouses. Many considered Wang’s act an eccentricity, and his strange, while others simply considered this task unrealizable.

But Wang Yan still opened a dog shelter on the site of the former slaughterhouse, where dogs were specially raised so that their meat would later be used. 9 years ago, his beloved pet disappeared and he was looking everywhere for him. 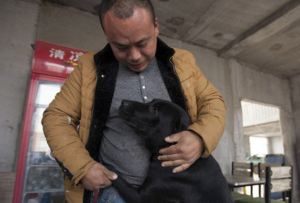 Then one of the neighbors advised him to take a closer look at the slaughterhouse, which had a bad reputation. Unfortunately, he did not find his pet there either, but when he saw hundreds of praying eyes of animals from cages, he could not return to his former life. He did not want the unfortunate animals to be doomed with such a fate. 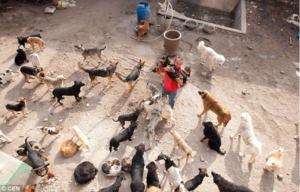 Since the man had enough funds, he decided to buy this slaughterhouse and turned it into a dog shelter. With this act, he saved the lives of more than two thousand dogs. He still takes animals to the shelter, provides them with a roof over their heads, food and medicine. Also, thanks to his act, many dogs were adopted by the owners. Now he asks for the help of others and people come to him with blankets or food. The man does not accept money.