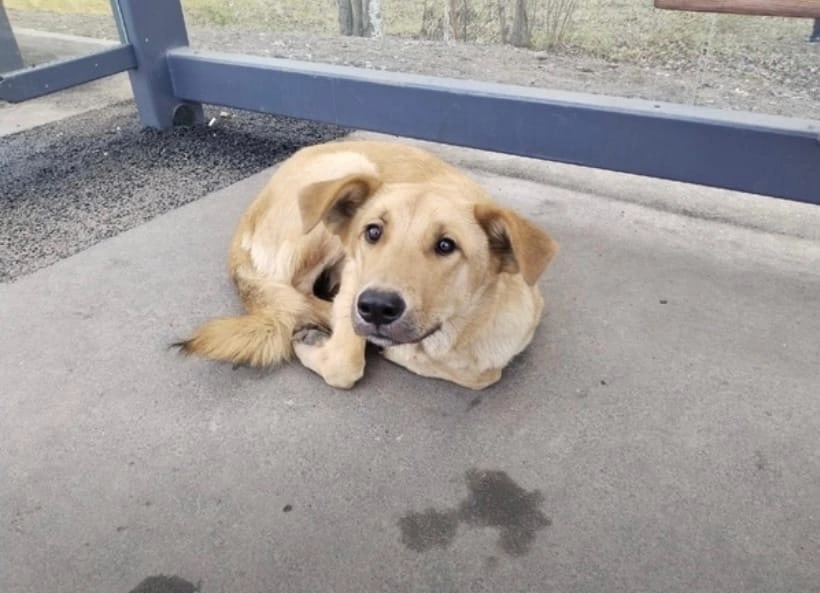 A beautiful and kind dog named Sheila ended up on the street at the behest of her owner. Once a man took her out of town and just left her at a bus stop near the highway, while he left. At first, the dog was afraid of people, she almost all the time sat in the bushes by the road and tried not to catch anyone’s eyes. Sheila came out of her hiding place only then, then the hunger became unbearable. 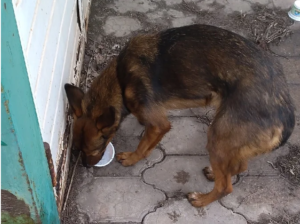 Summer residents often appeared at the bus stop, waiting for the bus, but only some of them fed the unfortunate animal, the rest tried to drive it away, did not let it hide under the bench even when it was raining outside. Sheila never showed aggression towards people, when she was chased away, she quietly moved away from people.

Violetta noticed the dog at the bus stop. The girl helps homeless animals, she even organized a small shelter in her house. 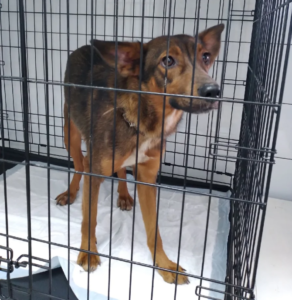 The girl was struck by the extreme thinness of the dog. Violetta had food in the trunk, so she stopped to feed the animal. The dog looked at the girl with apprehension for a long time, she could not believe that there was a person who wants to help her, and not offend her.

Sheila ate as if she had been starving for months before. Several times Violetta came to feed the animal. 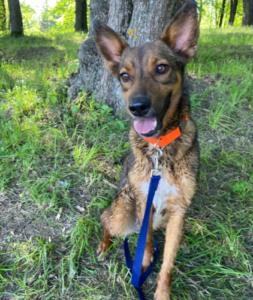 After talking with the suburban bus driver, we learned that the dog was brought to the bus stop in a car. The driver did not remember the numbers, but said that the car was new and expensive. Why such a sweet and kind dog was kicked out of the house remained a mystery to us. 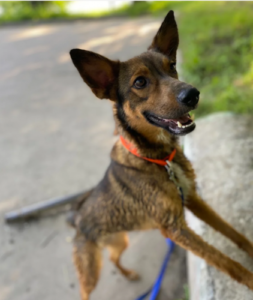 Soon, a place appeared at one of the overexposures and Sheila managed to be picked up from the stop. The owners of the overexposure were surprised that someone decided to throw away such a beautiful and kind dog, which gets along well with people and other animals. 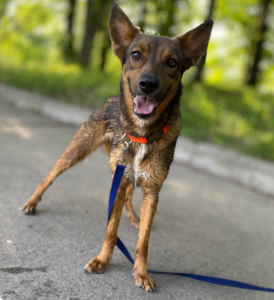 Sheila is not aggressive at all, loves communication, well-mannered and calm. It can be seen that the dog got used to people and, despite all the trials, did not lose faith that they can be good.