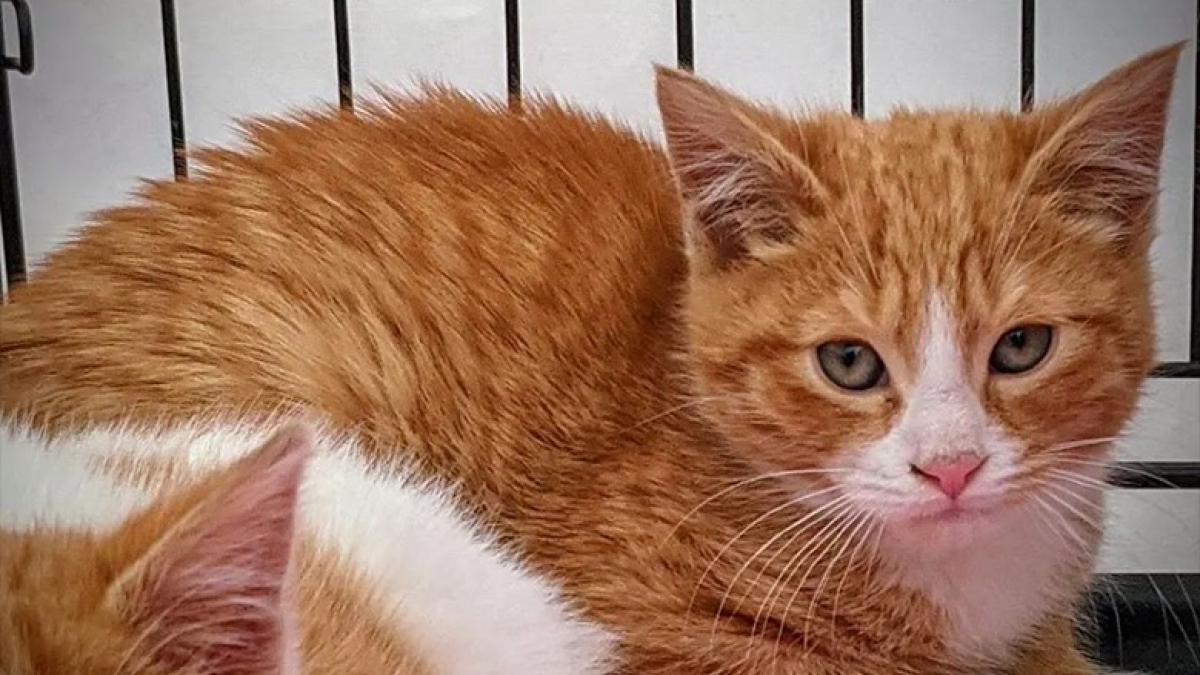 It’s not easy to trust humans when you’ve only known the life of a stray cat. With a lot of patience and tenderness, this frightened kitten knew how to overcome his fears to turn into a sweet and sociable little being. 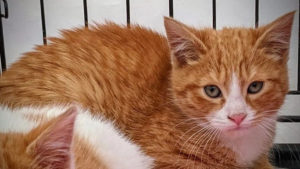 The Bushwick Street Cats association, which specializes in rescuing cats in New York in the United States, has been contacted to help a wandering family. Good Samaritans noticed that a mom and her 4 kittens lived behind a laundromat in the borough of Brooklyn.

The members of the refuge therefore gently captured the wild felines. The kittens were about 6 weeks old and weaned. For the sake of their mother, it was decided to take them away from her and then release her back into her habitat after having her sterilized, vaccinated and identified with an electronic chip. “The association will continue to feed her and provide her with shelter, while keeping the rats at bay,” Chris Glazier, a Bushwick Street Cats manager, told LoveMeow.

The babies, meanwhile, were entrusted to Jen Williamson, a foster volunteer for the association. 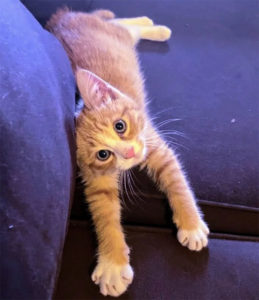 If 3 of the 4 young felines were easily convinced, their brother named Toby remained prostrate with fear in his corner. “He was scared and wild when he first came to my house. I put him in the bathroom first so I could gradually introduce him to apartment living,” Jen explained. However, Toby hid and hissed every time the woman entered the room.

After 2 days of constant attention (and a few good meals), the little ginger cat began to open up to Jen, even letting her discover the tone of his purrs. Unfortunately, Toby fell ill. He needed care and affection. “He was very lethargic and didn’t like to be left alone. He would cry if I wasn’t in the bathroom with him,” Jen said. So she cuddled him in her arms until his condition improved. 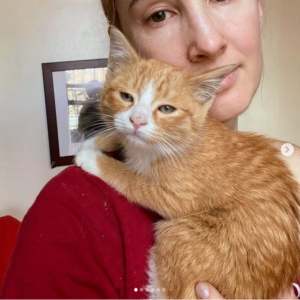 Toby quickly regained all his energy and from then on, he trusted Jen. “Once he’s comfortable, he’s the softest ball of fur around,” the woman confirmed. Now, Toby is ready to start his new life and open his heart to an adopter.