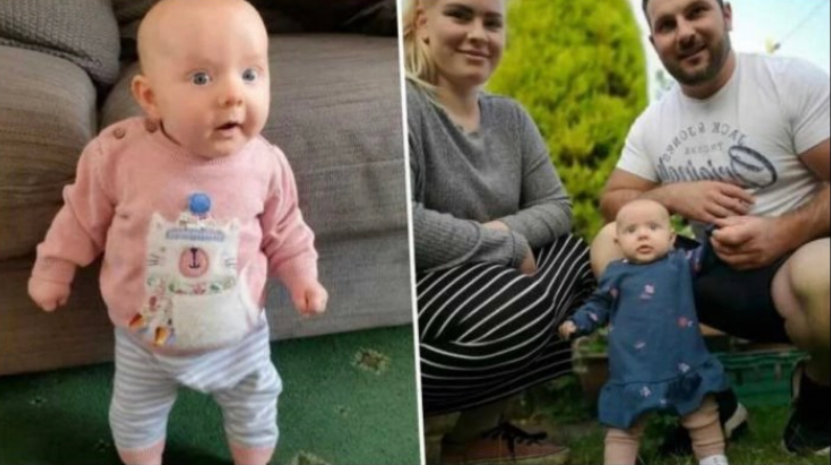 First-time dad Tezra Finn-Johnston, 31, jokes that he has the ‘strongest daughter in the world’. That’s because little Lula, who was born at the end of January, was able to stand up from the age of 8 weeks.
Tezra and his girlfriend, Emily Derrick, 23, live in Bristol, England, and say they realized the strength of the child as soon as they left the maternity ward.
Unlike other babies, at just five days old, Lula was able to support the weight of his own head. 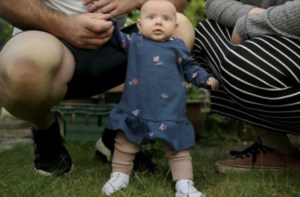 Tezra says that when the baby was about a month old, he tried to sit her up so she would calm down in a moment of crying and “instead of sitting up, she just stood on my lap and didn’t bend his legs”.
She did the same several times over the next few weeks, and at two months, at a time when her father was trying to hold and support her, Lula was able to support her own weight on her feet. 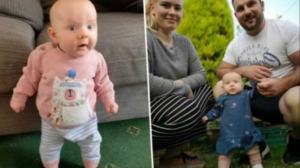 “Everyone says it’s quite unusual for her to be able to support herself, even sitting down, let alone standing up,” he told The Sun.
Lula still can’t walk, but the parents imagine that will happen soon. Mum Emily jokes that like other parents, she doesn’t want her daughter to grow up so fast. 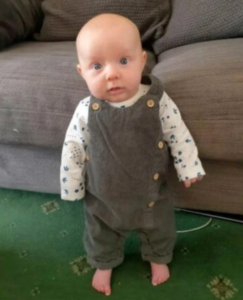 “When I give her rattles and stuff to play with, she doesn’t look young enough to want them. She looks much older than she really is. I just say, “Oh, don’t grow up yet!” “, she added. said