Since the war in Ukraine broke out, Humane Society International has been working to help displaced people and refugees with their pets.

One such person is a Ukrainian named Larysa who, fortunately, was in the United States when the war started. But unfortunately, her cat, Persik, was still back home in Odessa. 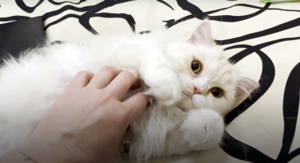 Luckily, Larysa’s cousin managed to safely transport her beloved Persik from Ukraine to Warsaw, Poland. Now that Persik was safe, he had to find his human.

When Kelly Donithan, Director of Animal Disaster Response for Humane Society International, was in Poland helping people, she connected with Larysa on social media and learned of her story. She immediately agreed to help bring Persik to the United States so the two could finally reunite. 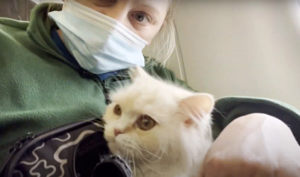 “Larysa almost gave up hope of ever seeing Persik, but someone still stepped in to help and get this cat out of the war and ultimately her mother,” Donithan said. “I am grateful that I was able to help him finally bring him home. Although incredibly special, it is not a unique story. We see compassion every day in Ukraine, in Europe and around the world. It’s a painful and horrible time, but all these little acts of kindness hold families together and bring them together when they need it most. Even during the darkest of times, it’s clear how much pets mean to their families. 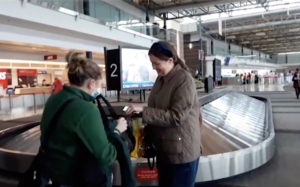 Ukrainian animal shelters lack access to basic resources like food to care for displaced pets, and refugees who have lost everything need food and support to care for their cats and their dogs. 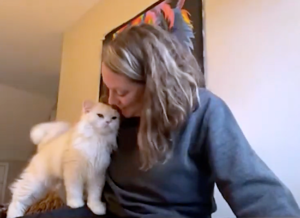 Watch Persik’s story and his reunion with his mother in the video below: