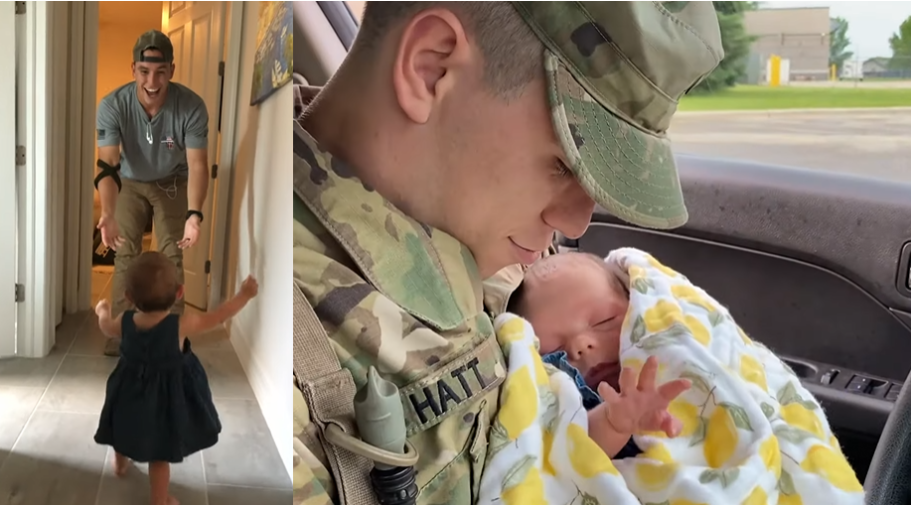 When we say that our military men and women sacrifice a lot while serving the country, deployed in faraway lands, we mean it.

Just imagine missing such meaningful events like birthdays, holidays, and celebrations and repeatedly missing seeing your child grow up. Unfortunately, many children are “deprived” of the opportunity to be with their military mother or father, but they know there is a lot at stake, and that is the freedom of our country and the security of its citizens. The best part of deployment is the meetings. 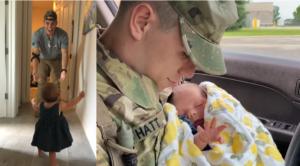 Over the years we have witnessed many touching reunions between parents and their children, and what follows is probably one of the best we have ever seen. When Jordan, 24, and his wife Sophie Hatt, 22, decided to get married, they were both fully aware that Jordan would be away for some time. Three months after the wedding, Sophie became pregnant and gave birth to a beautiful baby girl whom they named Lily.

However, when Lily was 10 days old, Jordan was deployed. He was forced to say goodbye to his little bundle of joy, but he knew duty was calling and he accepted that call. Almost a year later, in May 2021, the father returned home to Florida.

The video that mum Sophie took melted thousands of hearts. She said: “He felt bad leaving me alone to raise our first child and I dreaded being without him and doing it myself.”