In this era of the ubiquity of the Internet, you can constantly read about the most unusual examples of friendship between animals of different species, but this case is completely unbelievable. 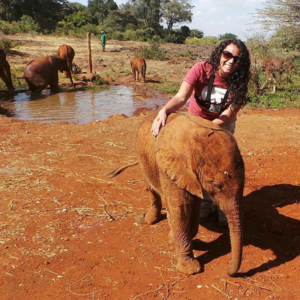 In one of the nature reserves in Nairobi, employees witnessed an unusually warm friendship between the baby elephant Giotto and the ostrich Pea.

Being just a baby, Giotto accidentally fell into a well and the herd, forced to look for food, went on. 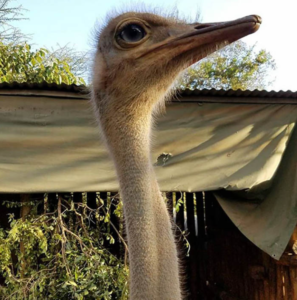 But the baby turned out to be lucky, the employees of the fund for saving wild animals found him in time and took him to relatives undergoing rehabilitation before returning to their natural habitat. 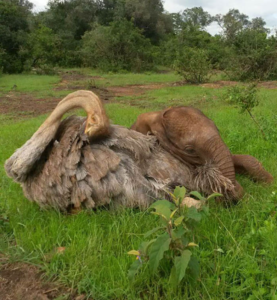 The staff expected that Giotto would become friends with the elephants, but they were very surprised to find that their ward began to bond with the ostrich. Pea ostrich rescued her seven years ago. Despite the fact that the foundation specialized in saving elephants, they could not leave the bird in trouble. 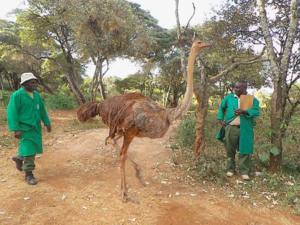 Having cured Pea, they released him into the wild, only now he did not want to leave, he liked life with elephants. And now the baby elephant Giotto and the ostrich Pea have become close friends themselves. 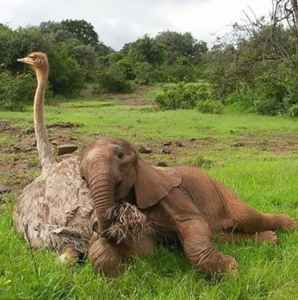 They touchingly rest in an embrace, play together, and Pea also brings up his ward and has become for him, in fact, an older brother and guardian. As you can see, in the huge heart of animals there is love and tenderness for everyone, and observations have proven this more than once.