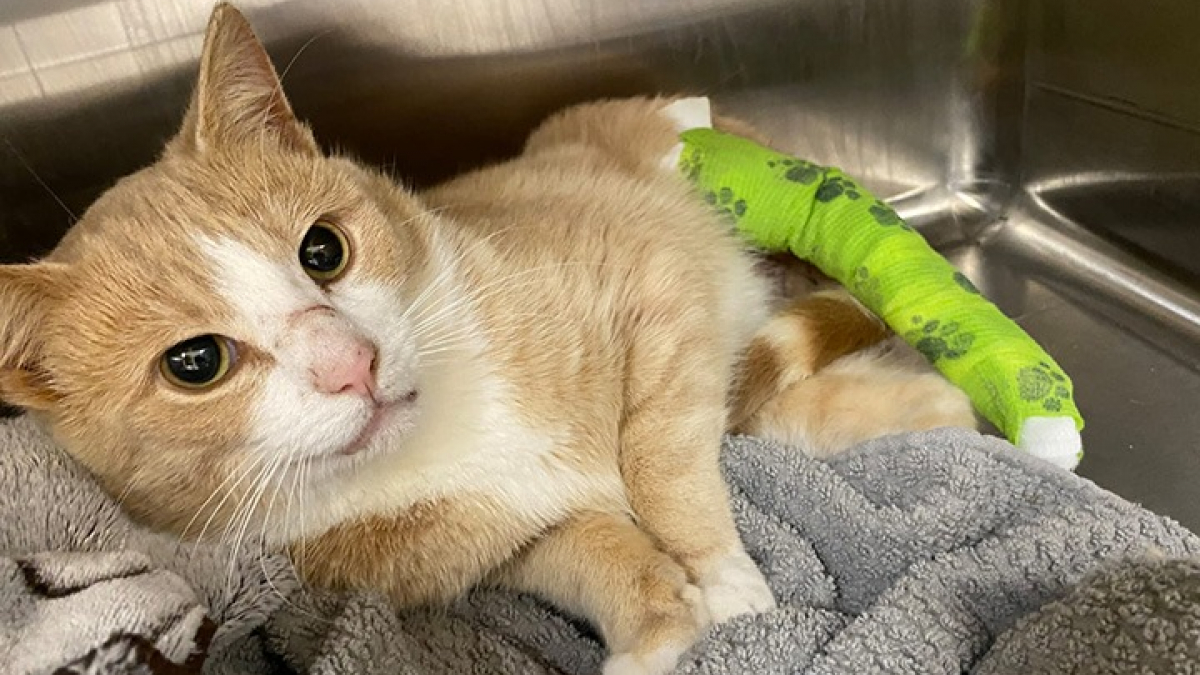 2 women made a very sinister discovery while driving on a country road. A poor cat had been knocked down by a vehicle which had taken flight and had left it to its sad fate. Fortunately, they did what was necessary to save his life. 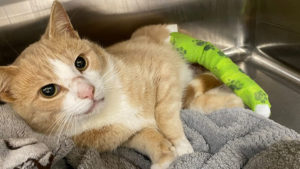 The facts took place on Friday October 21, 2022 on a small country road near the city of Cambridge in England. A poor alley cat was hit by a car and then left for dead on the roadside.

Fortunately, 2 women passed by a few minutes after the tragedy and discovered the unfortunate cat in very poor condition.

“They turned around and saw this cat was in severe distress with what appeared to be a broken leg and a large laceration on his abdomen which exposed some of his internal organs,” said Sue Parson, founder of the Cambridge Homeless Cat Rescue animal protection association.

The Good Samaritans then rushed the feline to Fisher Mills Animal Hospital. 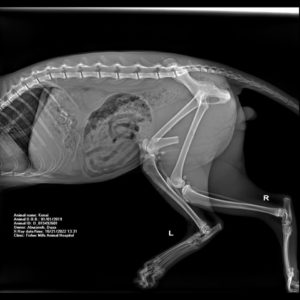 The priority of the animal doctors was to sew up the stomach of the injured. Then, they took an x-ray which confirmed the fracture of his limb.

The treatment bill amounts to more than 4,600 euros.

The organization Cambridge Homeless Cat Rescue has therefore launched a call for donations to help the tomcat. 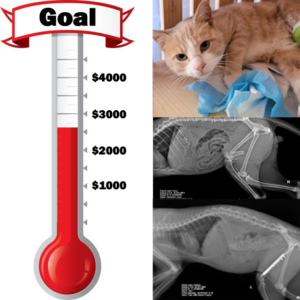 Luckily, in just a few days, the community donated more than half of the amount needed.

The survivor therefore took advantage of the surgery to cure his broken leg. A pin was placed, which should contribute to a rapid healing. At the same time, the feline was castrated.

“He won’t need to have this surgery later and be sedated for the third time in such a short time,” Sue Parson told CambridgeToday. 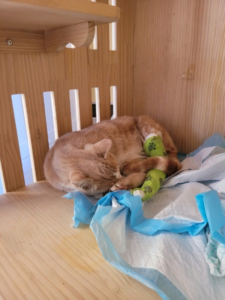 The courageous cat is very affectionate with his good Samaritans. He is recovering today, well sheltered in the cattery of the refuge.

Once in good shape, he will be offered for adoption.