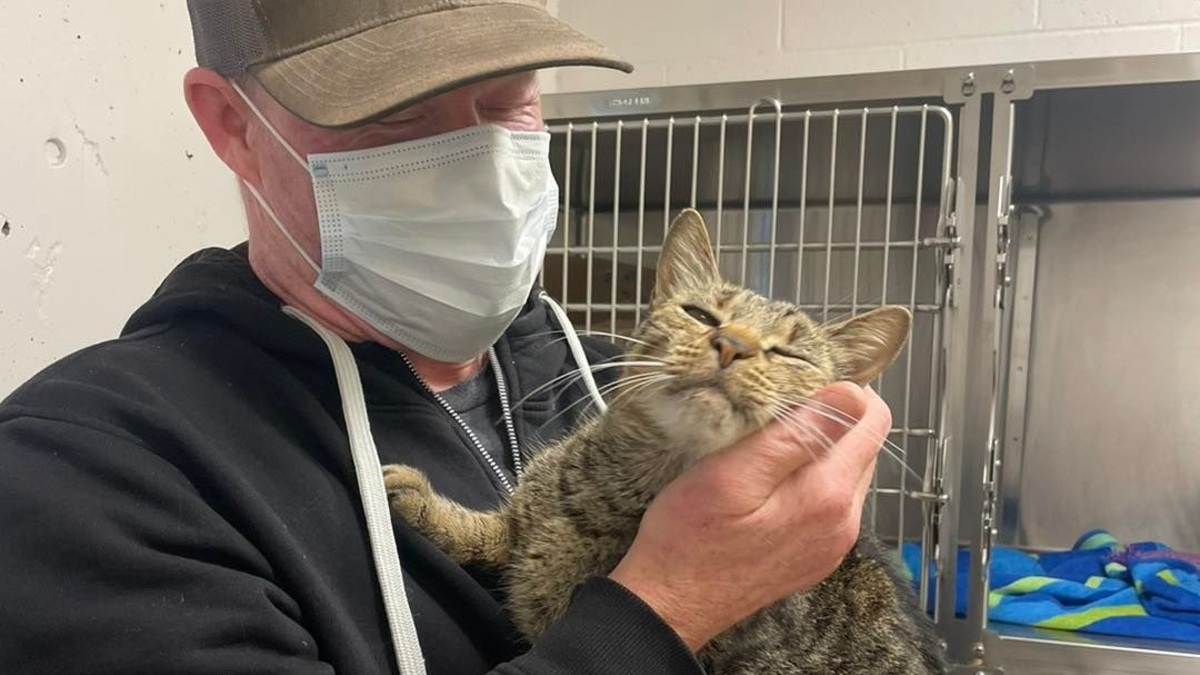 The story of Hobbes had many twists and turns before the return of this cat to his family. During his period of wandering, he will have run away several times and even been handed over to a family that was not his own. 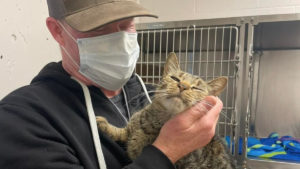 Untraceable for months, Hobbes had eventually been located and returned to his owner, who had lost sight of him when they had to camp on Lake Kennedy in British Columbia (Western Canada).

His human had searched for him on the spot for days without result. He must have gone home without his cat. Three and a half months later, however, the BC SPCA shelter in Nanaimo called to tell him that Hobbes had just been found. His identification chip had been detected when he arrived at the reception structure. 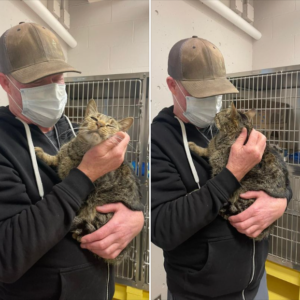 Nanaimo News Now recently collected testimonials from the people who made this reunion possible.

The first of them is a woman called Larissa, who had noticed the cat on October 22 about forty kilometers from the place of her disappearance. She had gotten him into her vehicle before showing up for an appointment in Ucluelet. The quadruped was scared, thin and hungry. “He kept meowing and was almost skin and bones. I had nothing to offer except peanut butter bars,” she says.

Shortly after arriving at his destination, a colleague of Larissa had come to see Hobbes, and the latter had taken the opportunity to flee. She then posted a wanted notice on a local Facebook group. 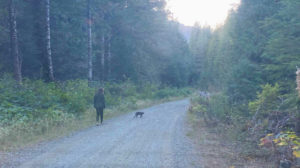 The next day, Molly Gastle, who works at a restaurant in Ucluelet, was challenged by meows coming from the establishment’s garbage room. It was Hobbes; she recognized him after seeing Larissa’s post. She fed him, then took her home for the night after finishing her day’s work. “Eventually, he trusted us enough to sleep, and he slept for a very long time,” explains Molly Gastle. 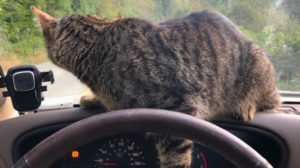 She started looking for her owners on social media. A Nanaimo resident contacted her, convinced that the cat she saw in the photos was hers. On October 24, Molly Gastle’s sister took Hobbes to the lady in question, but it turned out to be a mistake. It was not his pet.

Hobbes escaped once more. He remained untraceable until October 28. That night, a woman named Courtney Irving picked him up and handed him over to the Nanaimo SPCA. The volunteers passed the cat to the microchip reader, and thus obtained the coordinates of its owner.

It was the end of a long period of separation for Hobbes and his family, who were finally able to bring him home.