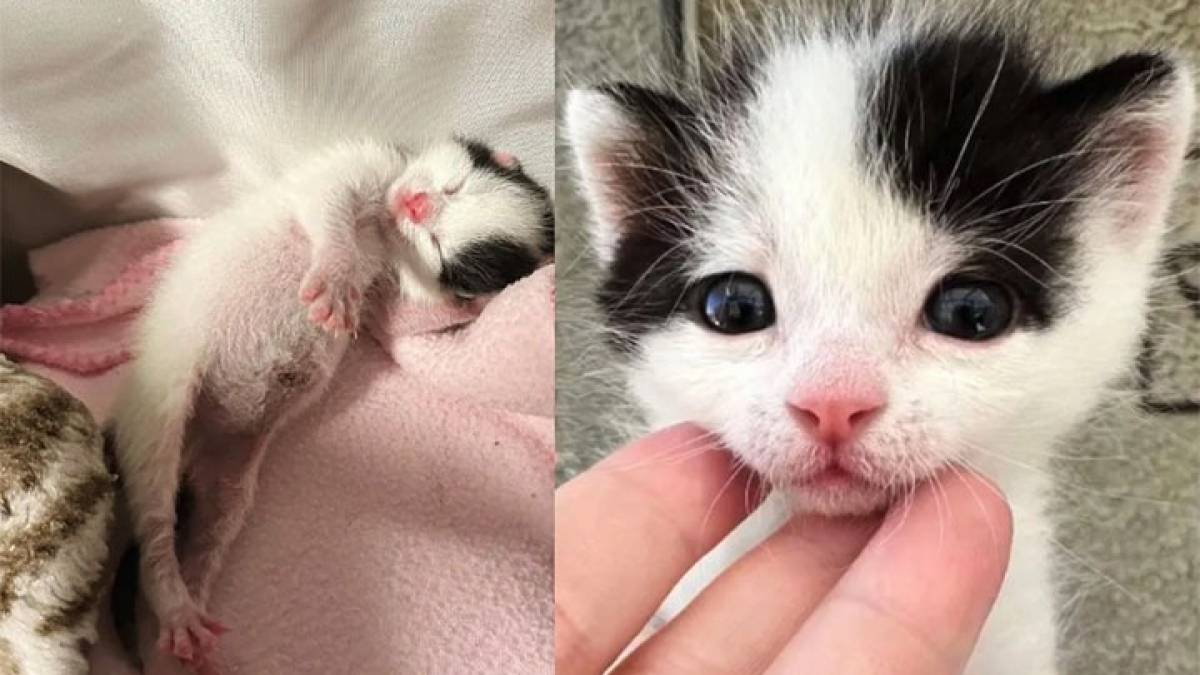 This poor little baby named Roscoe was really sad to see when he was rescued. Fortunately, he was able to count on the dedication of a couple of caring volunteers. After being bottle-fed every 2 hours for several weeks, he recovered. 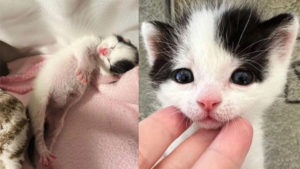 Roscoe was only 4 days old when a member of the public spotted him, alone in the middle of nowhere. The individual did not find his mother and littermates nearby.

So he contacted Nikki Martinez and Foster Papi, a couple invested in rescuing cats.

“He was so small… I always worry about newborns without a mom. His eyes were still closed and his ears still folded. Her umbilical cord had become infected,” the Good Samaritan told Love Meow. 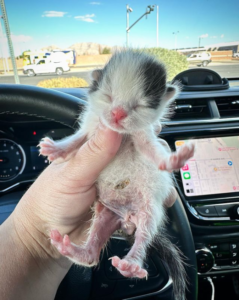 Nikki and Foster have therefore integrated the newborn into their home. They put him in an incubator because he was too young to regulate his temperature on his own.

“We were exhausted from the feedings. I had never felt the effects of jet lag before without even leaving the country. But Roscoe is worth it,” Foster said. 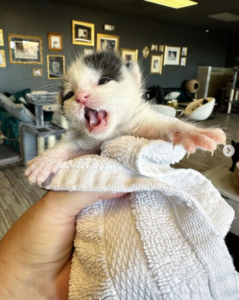 After a week of constant attention, the baby opened her eyes. His little round belly testified to the fact that he had gained strength and his long naps of several hours showed that he felt comfortable in his environment.

“Once he started to get bigger, I was more confident about his future,” Nikki said.

Roscoe has indeed shown unparalleled resilience. And he started exploring the 4 corners of his cozy nest on his frail legs. 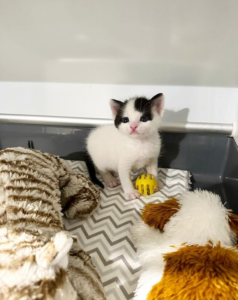 Today, Roscoe is no longer in danger. Thanks to the dedication of his rescuers, he took enough of the beast’s fur to face the world outside his hatchery.

Likewise, he begins to eat cat food and to meet his congeners to perfect his socialization.

He will only be offered for adoption when the veterinarian gives him his certificate of aptitude for crazy adventures in a loving home.