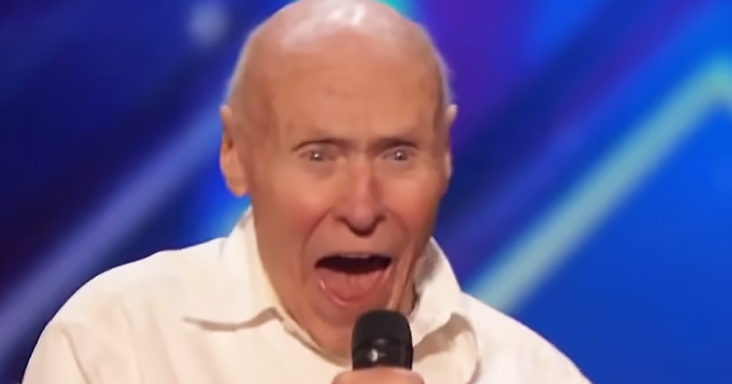 America’s Got Talent is full of surprises, but no act shocked the judges more than John Hetlinger’s performance. The 82-year-old took the stage and announced that he would sing a song.

The judges and audience probably assumed he would choose a Bing Crosby or Frank Sinatra tune, but Hetlinger went in a different direction. Instead, the retired engineer chose a song from Drowning Pool.

As he began to sing “Let the Bodies Hit the Floor”, the judges were stunned. The audience was stunned, but then quickly recovered. They jumped up and started cheering Hetlinger on. 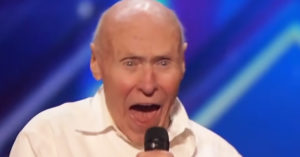 Her act was so surprising that Heidi didn’t know what to do. She assumed everyone had gone mad and said “no” to Hetlinger when giving him his vote.

Mel B and Howie gave Hetlinger an automatic “yes.” They were so impressed with his performance that they were almost speechless. It was then Simon’s turn to vote.

The crowd was yelling at him to push Hetlinger to the next lap. Just when it looked like Simon was going to side with Heidi, he turned the tables and gave Hetlinger his final yes.

The man was so excited that he started jumping wildly and screaming with joy. The crowd went wild. Simon just laughed as Heidi shook her head in disbelief.