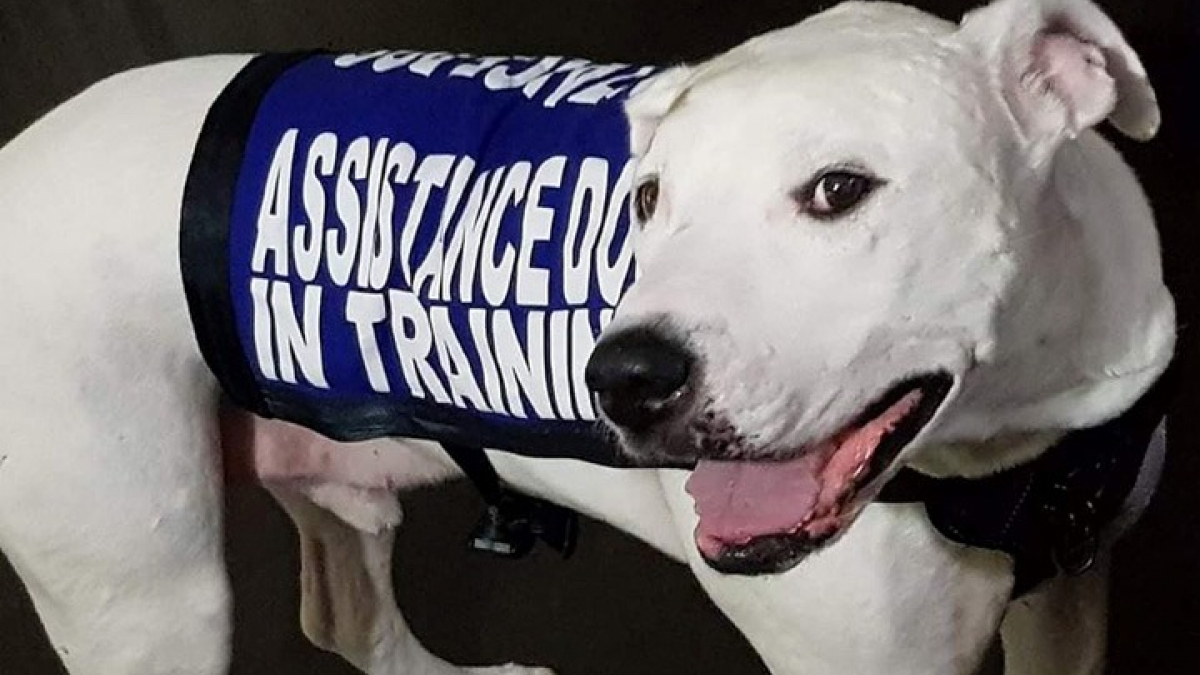 Falkor suffered an ordeal before being rescued by a couple invested in animal welfare. It is a real miracle that he recovered from his injuries after long months of convalescence. Today, he has become an assistance dog thanks to his natural altruism and therefore provides support to people in need, to the greatest pride of his masters. 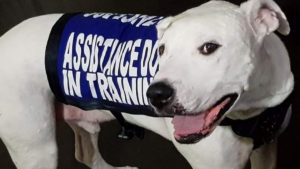 Falkor was found by Troy and Danielle on the patio of their home in Australia’s Sunshine Coast.

Since the couple is invested in the well-being of canines through the Bull Arab mastiff association, the farmer who discovered him on his property dropped him there.

The poor pooch was in a terrible state. He weighed only 8 kilograms when he should have reached the 35 kilogram mark. Besides, he had terrible open wounds on his abdomen and had very few fangs.

“He didn’t look well at all. He couldn’t stand on his hind legs,” Danielle told Sunshine Coast News.

Falkor was obviously used for dogfighting. “His ear was cut off and they pulled out all his teeth, but he wouldn’t attack anyone, he doesn’t have an ounce of violence in him,” said the young woman who took the unfortunate dog home. 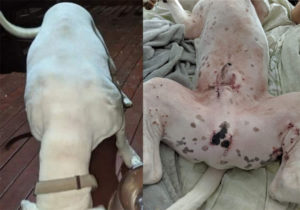 Falkor was examined by a veterinarian. The physical examination revealed that his abdominal injuries were cancerous sun ulcers, which would have been caused by being chained outside for a long period of time.

The canine has therefore been operated on multiple times for a budget of more than 22,000 euros. Danielle and Troy stayed by her bedside in the living room for almost 3 months in order to be able to control her incontinence problems related to the procedures.

Falkor has demonstrated a remarkable life force. Moreover, he was recovering from his hard past thanks to the benevolence of his good Samaritans.

“We hadn’t heard him bark or make a happy noise for about 9 months. We couldn’t leave him alone for 2 minutes because of his anxiety,” Danielle shared. 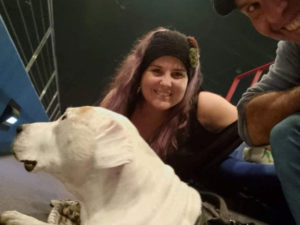 Fortunately, Falkor recovered. He now weighs 35 kilograms and feels good about himself. During the many appointments with the vet, Troy noticed that as soon as his faithful 4-legged friend entered the room, the tomcats jumped on the table to rub against him.

“Everywhere we go (and we always take him with us), people walking past him stop and ask if they can say hello,” Troy added.

This is how Falkor officially became a service dog. Since then, he has been providing emotional support to people who have suffered trauma on a daily basis. After being rescued, he regained confidence in humans and in turn helps his neighbor.