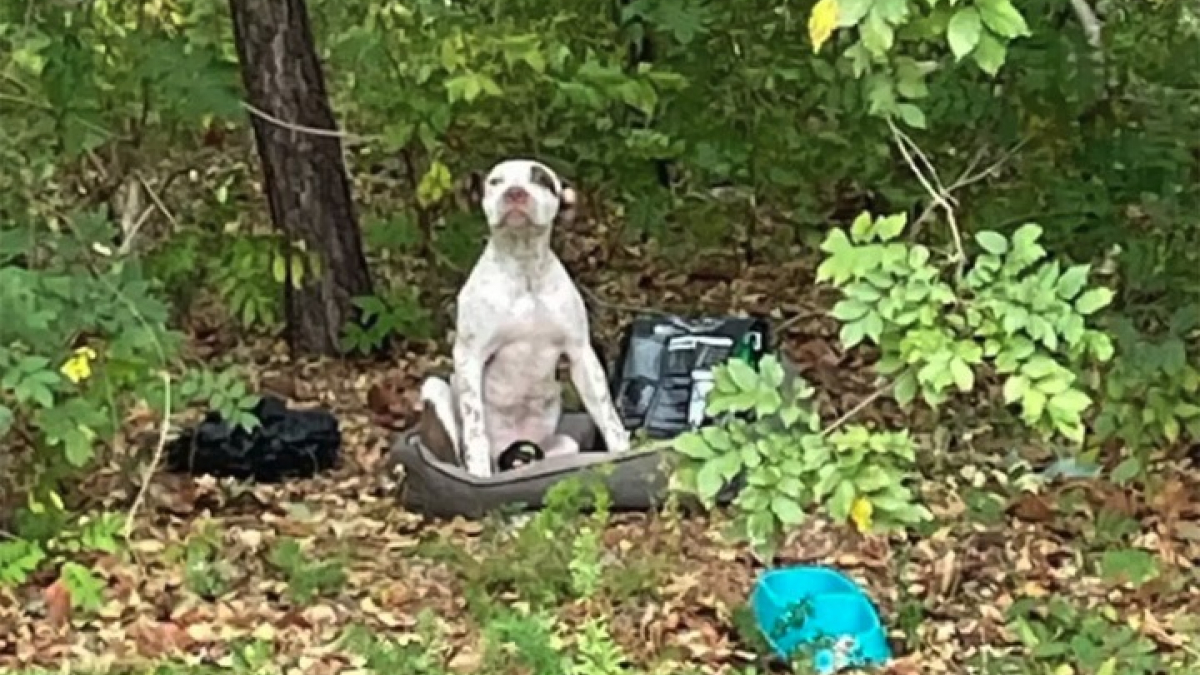 This poor little one was only 8 months old when he was cowardly abandoned by his owners. In addition, he endured the pain of a broken leg that prevented him from moving. Fortunately, a passer-by saw him and contacted the emergency services. 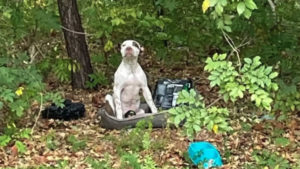 Hank was hard to look at. A hiker discovered it in the middle of the forest. He was sitting in his basket and not moving, contrary to the usual behavior of a young 8-month-old canine who should have shown his joy of living.

He was just there waiting, near his sealed bag of kibble that he couldn’t open on his own and his old toys.

The man therefore approached and immediately understood that he was in dire need of help. He therefore contacted the local animal rescue association Humans and Animals United.

It was Rosa Fond, the director of the organization, who came in person. The latter feared that Hank would become aggressive, but it turned out otherwise.

“He was just a ball of love: kind, friendly and sweet,” the young woman told The Dodo. 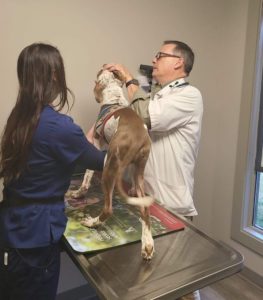 The attitude of the dog testified to the fact that he was enduring excruciating pain. He was therefore immediately taken to the veterinary clinic. The animal doctor diagnosed him with a broken leg.

And this injury was obviously more than 15 days old.

“That’s why he never moved from his bed in the woods,” they said. “It was just too painful,” added Rosa.

The operation to put his bones back in place is very expensive. The association therefore launched a call for help which was heard by a partner shelter, the Humans and Animals United, which has the means to free itself from the costs of the surgery. 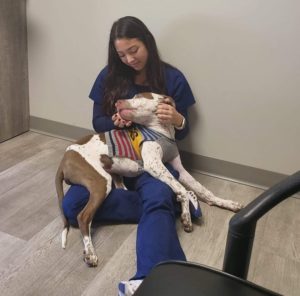 Hank will therefore soon be operated on. He has been stabilized and therefore no longer suffers. He regains confidence in humans thanks to the benevolence of caregivers.

When he is fully recovered, he will be offered for adoption.

Many people have already fallen in love with the doggie and have therefore come forward to adopt it.

His sad days are behind him, he will enjoy a good life with a loving family and thus forget his traumatic past.