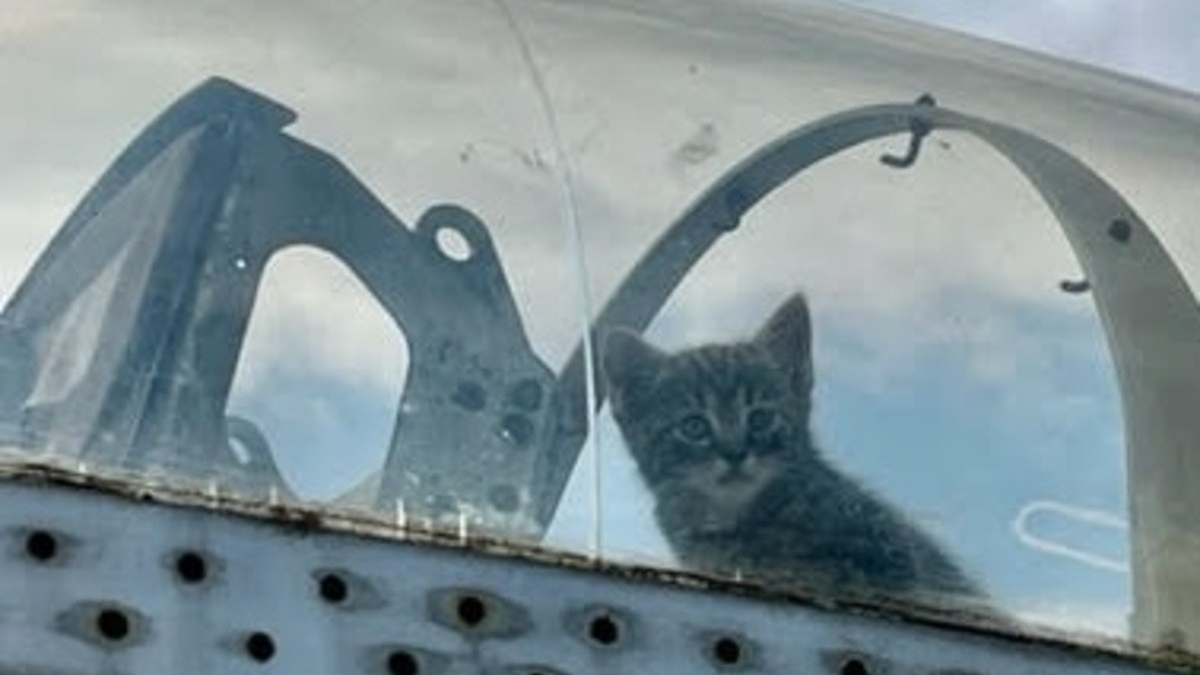 An alley cat was looking for the perfect place to give birth and ended up making an unexpected choice: the cockpit of an airplane exhibited at the museum. 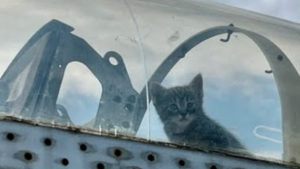 When they feel that the time of delivery is approaching, cats start looking for the place which, in their eyes, is the safest and most discreet possible to give birth to their young without being disturbed and without endangering them. Their choices can sometimes seem completely surprising to us and give rise to unusual scenes. This is precisely what happened recently in North Carolina (Eastern United States), as reported by WCCB Charlotte.

It was at the Hickory Aviation Museum, a museum dedicated to the history of aviation and located in the town of Hickory, that a stray cat made headlines by setting her sights on an unusual place to give birth to her kittens and raise them.

She entered the cockpit of one of the military aircraft withdrawn from service and displayed on the museum’s tarmac to make it a “nest” for her offspring. It is a Lockheed T-33 Shooting Star, an aircraft that was used for training fighter pilots.

The cat in question gave birth to 5 adorable healthy kittens. 3 of them have a gray tabby (tiger) coat, while the other 2 have a black coat with white markings. 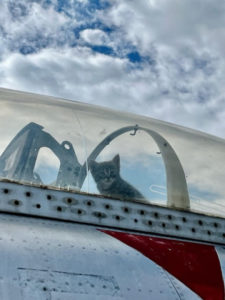 The Hickory Aviation Museum Facebook page posted a photo of one of these kittens, who have already grown quite a bit. A publication tinged with humor, since it indicates that this anecdote is one of the reasons why interior spaces should be built in the museum to display its aircraft in a safer way.
The establishment is now looking for foster families or, better, adoptive families for the 5 young felines and their mother.