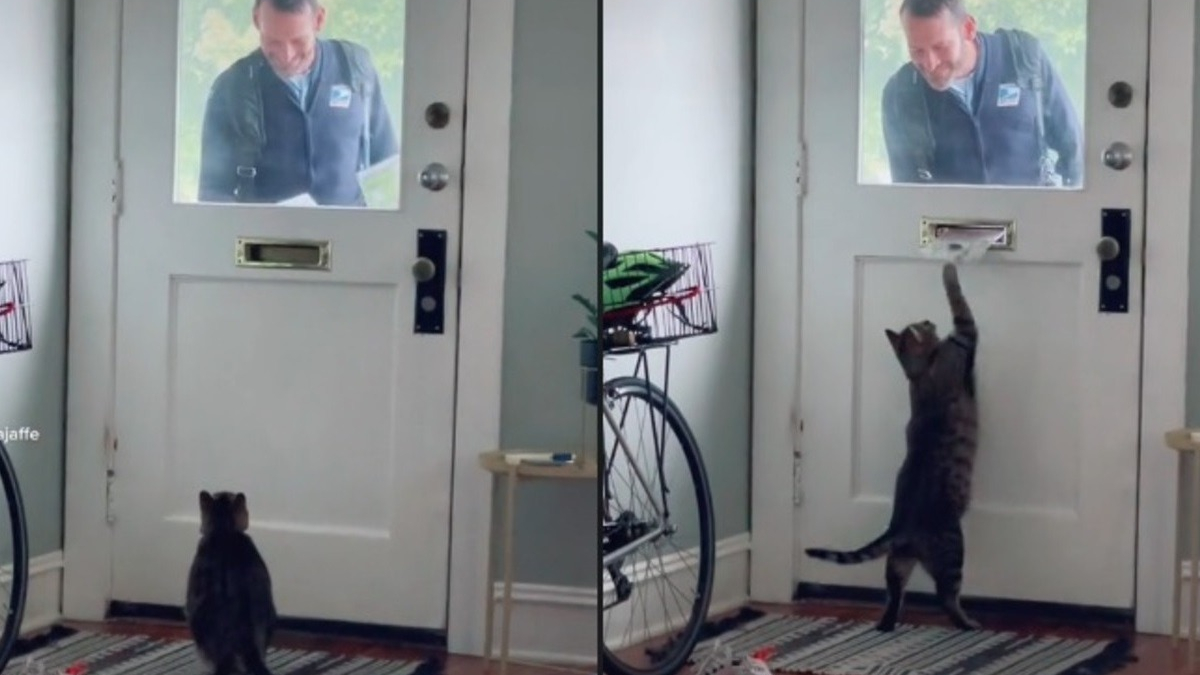 Zeppelin the cat watches every morning for the arrival of the mail, not because he is interested in the contents of letters and flyers, but because of the funny little ritual he indulges in with the postman. The owner of the feline had the good idea to film the scene and share this adorable moment on social networks. 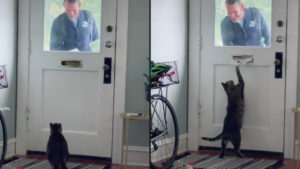 If the relationship between our pets and the postmen or delivery people is not always good, some stories come to prove the opposite. That of Zappelin, an adorable tabby male cat, is a good example. It is reported by Newsweek.

For about a year, a wonderful friendship has been born between the quadruped and an employee of the USPS (United States Postal Service), the American postal service. Even though they are separated by the front door of the house, they have created a little game that they indulge in almost every day. 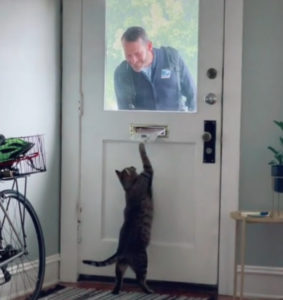 The cat sits behind the door, waiting for his friend to appear. This one, therefore the postman, finally arrives and passes a few letters and prospectuses through the slot, but holds them back. Standing on his hind legs, Zeppelin tries to retrieve them, but the postman, all smiles, gently teases him by refusing to release them. Eventually it does, and the animal can put its paw on the mail.

He then sees his friend leave to continue his tour, not without having greeted Marisa Jaffe.

According to the latter, the postman’s name is Ryan Gray. She adds, “Zeppelin has gotten used to waiting by the window, and when he sees the postman coming down the street, he runs to the door to ‘play’ with the mail!”