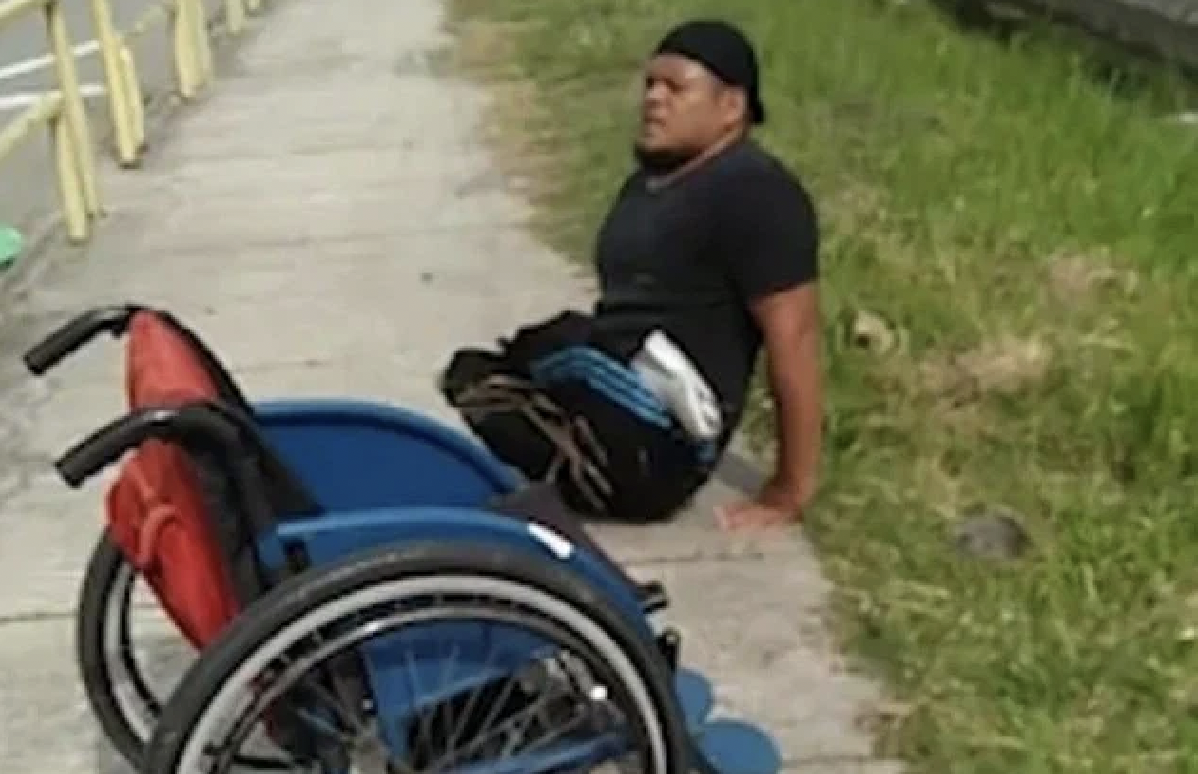 Residents of the city of Sabah, Malaysia witnessed an unusual scene – a man in a wheelchair was in a hurry and quickly moved along the sidewalk. The trail ran along the canal, bushes grew between the reservoir and the sidewalk, and there was a strip covered with grass.

There was a downpour in the city recently, so there was a lot of water in the canal. Unexpectedly for everyone, the man quickly stopped, then he got out of the wheelchair and, using only his hands, began to overcome the lawn, moving in the direction of the canal. It was moving very fast and people couldn’t understand what was going on. 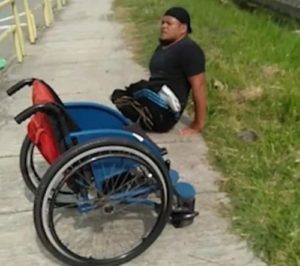 As passers-by stopped and stared in surprise, the man had already reached the canal, only then did people notice that a small kitten was hanging on the edge of the stone slabs, who was struggling not to fall into the water. Obviously, while crossing the bridge, the man noticed the animal and realized that he needed help.

He did not call for help, instead, despite the lack of legs, he himself rushed to help the kitten. Many passers-by looked at the man as if he was crazy, he was all wet from the dampness on the grass, but he did a real feat, helped save the life of an animal that was coming just born. 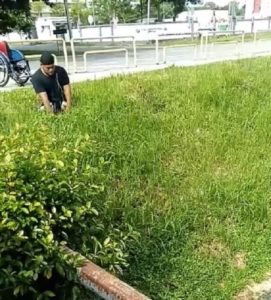 Pulling the kitten out of the channel, he laid it on the grass, the animal immediately began to circle around its savior. We don’t know if the man took the kitten with him or if there was someone else who wanted to take care of the baby, but we want to believe that he was lucky and that he not only survived, but will also live a happy life of love and care.

The saddest part of this story is the passers-by who took the time to stop and film what was happening, but didn’t even try to do anything to help the animal and his rescuer. Most likely, the man would have refused help, but no one bothered to ask him about it. People preferred to watch and film rather than help.