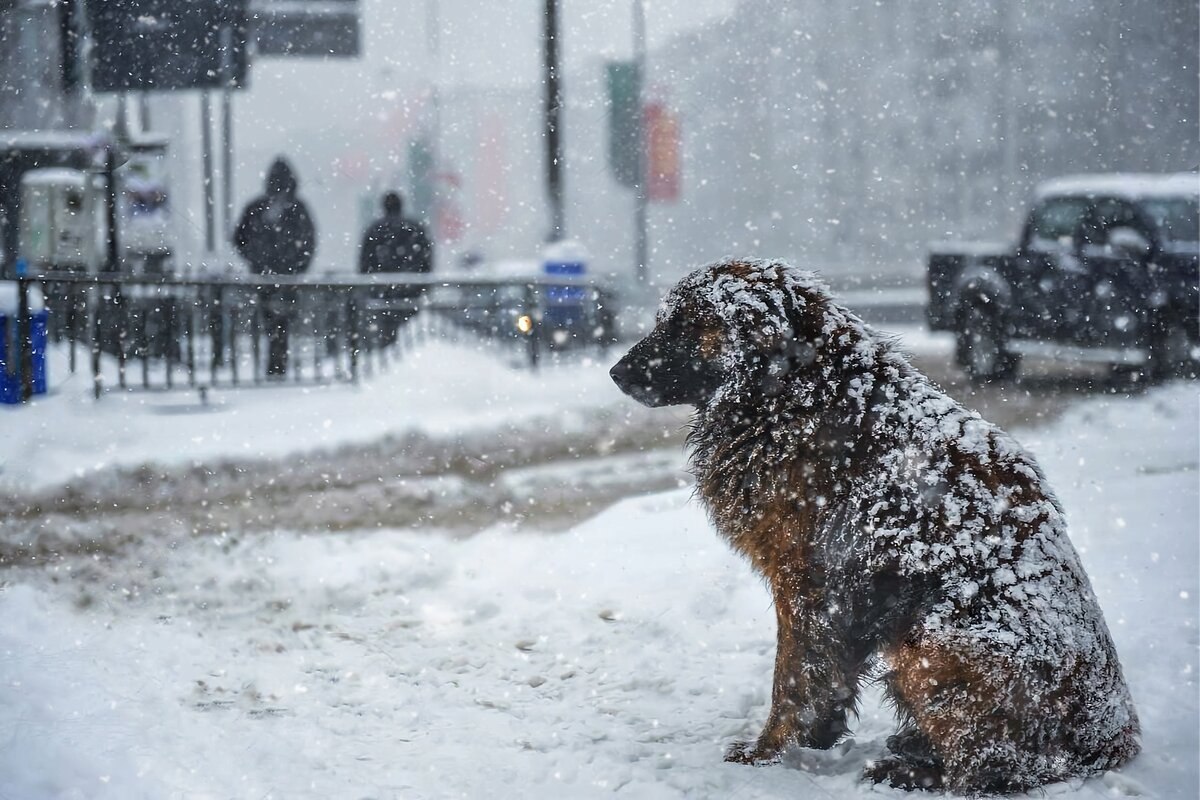 In December, a black Labrador appeared in one of the sleeping areas of Kursk. Local residents did not immediately notice the appearance of a newcomer, they paid attention to the dog only after she had sat under the doors of the store for many hours, expecting that one of the buyers would take pity on her and feed her. The dog was beautiful and well-groomed, no one could have thought that he was a stray, therefore, convinced that the dog was just waiting at the owner’s store, the buyers were in no hurry to give the dog food.

When, a few days later, the dog was noticed by everyone at the same store, as well as wandering along the street in search of food, it became clear that neither the beautiful appearance nor the prestigious breed saved the animal from street life. One of the passers-by took several photos of the Labrador and posted them in a group with announcements of lost animals, but it turned out that no one was looking for the dog. 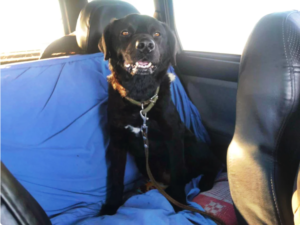 It was getting colder outside, the thermometer showed about 20 degrees of frost, the dog suffered greatly from the cold. The dog sat at the entrance door and looked hopefully at everyone who opened them. The animal dreamed of just going into the entrance and warming up a bit. People did not let the dog inside, but one day luck still smiled at him, he met a volunteer who decided to help him.

Angelica not only let the dog into the entrance, but also began to feed him daily. The dog turned out to be smart and well-mannered, she always waited for the doors to the street to open to go out of need, and then waited for one of the residents to enter the entrance to get back into the house. The dog was quiet and well-mannered, he did not create problems for anyone.

Not all residents of the entrance liked the dog’s company, some began to drive the animal out of the entrance, although it was thirty degrees below zero outside. 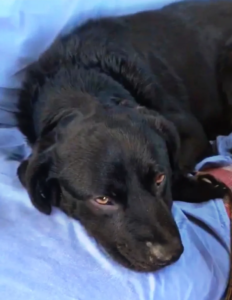 Angelica realized that the Labrador needs to look elsewhere. The girl wrote about the dog on social networks, saying that Thomas, as she called the dog, needs help. One of Angelica’s subscribers turned out to be familiar with the owner of the zoo hotel, and the very next day, Thomas moved from the cold entrance to the warm enclosure in the hotel. With all his appearance, the dog showed gratitude to the people who helped him in a difficult moment, as well as the joy that he no longer had to endure the cold.

As always in winter, the zoo hotel turned out to be full, but a place was found for the Labrador, because otherwise he would have been threatened with death in the cold. 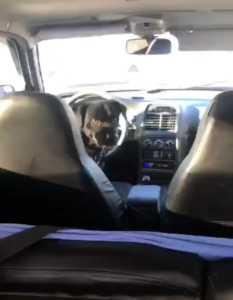 Thomas did not understand how to behave in a hotel. It was clear that the animal lived in an apartment with the owners, because he was confused at the sight of a booth in which hay was spread. We thought that the owner of the dog could have died, and his relatives immediately put the dog out on the street. In our city, such stories, unfortunately, are quite typical.

Thomas is having a hard time getting used to life in an aviary, he urgently needs a home and a person who will love him and take care of him.