Ethan never ceases to dazzle us. This dog who, almost 2 years ago, was left for dead in the parking lot of a shelter, is today in great shape and a powerful source of inspiration. He has even just received an award from a major American charity. 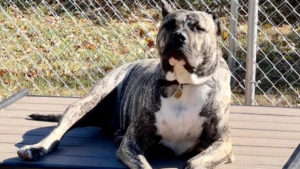 You may have heard the story of Ethan the dog saved when he was “a few hours from death”. The canine has taken a nice revenge on fate and has become a symbol of resilience and hope. So much so that he was elected Hero Dog of the Year as part of an event organized by the American Humane, one of the most famous charities in the United States, reported People on Thursday, November 17.

In January 2021, Ethan was discovered by a family in the parking lot of the Kentucky Humane Society (KHS) shelter in Louisville, Kentucky. Abandoned, the dog was in an extremely thin and weak state. His body temperature was so low that the KHS team could not measure it. His survival seemed more compromised than ever. 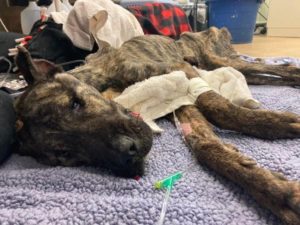 Shelter staff and veterinarians held firm, however. They had worked day and night to save Ethan. Day by day, small progress was made and hope began to be reborn.

A few weeks later, the dog was at normal weight and was visited by family who discovered him and alerted KHS. Then, on March 10, 2021, the Facebook page dedicated to him announced his final adoption by Jeff Callaway, the director of the shelter. 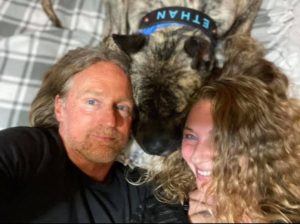 More recently, brave Ethan experienced another great consecration, receiving 2 awards at the 2022 American Humane Hero Dog Awards. The first is that of the Shelter Hero Dog Award and the second is the supreme prize, the Hero Dog Award.

“The Hero Dog Awards were created to honor some of the world’s most extraordinary heroes. I am thrilled to congratulate Ethan on winning the top title this year,” said Dr. Robin Ganzert, president of American Humane. 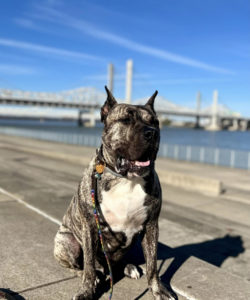 “We hope his story will encourage people to appreciate our animal friends and recognize the healing power of the human-animal bond,” she added.

Nearly 400 dogs were nominated for this 2022 edition of the Hero Dog Awards. There was a winner for each of the 7 categories (shelter, assistance, military, law enforcement, search and rescue, guide dog and therapy) and for the overall title, won, therefore, by Ethan.