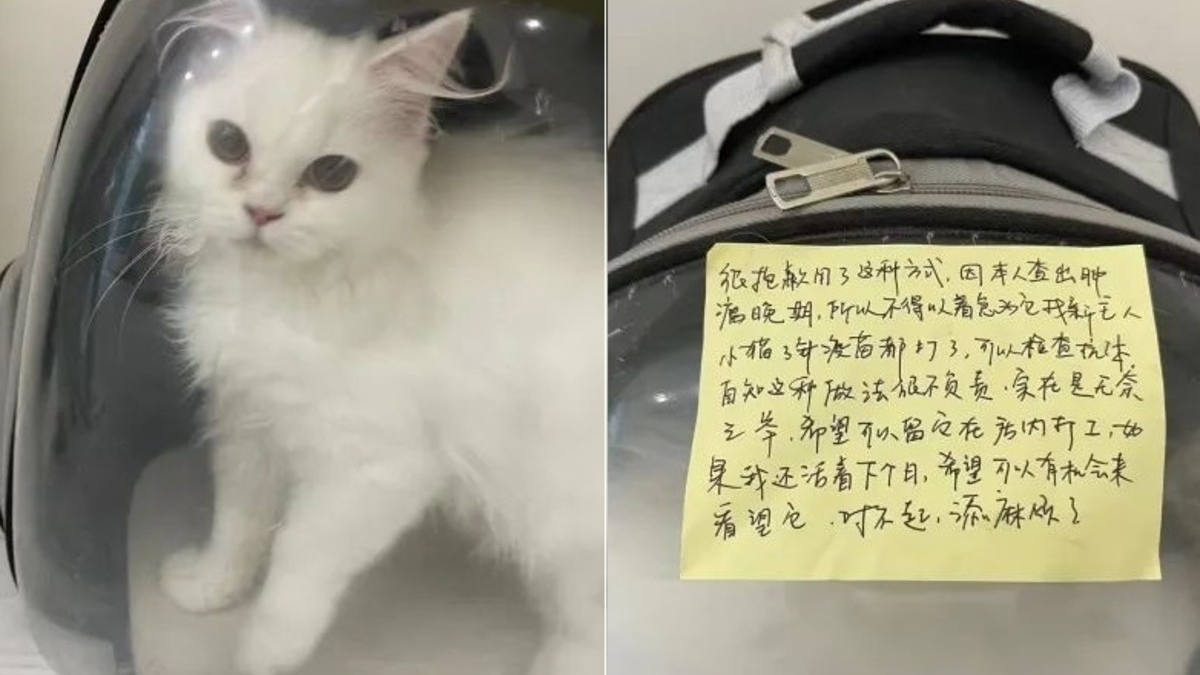 A sad discovery has been made outside a cat bar in China. The manager thought she was dealing with a classic abandonment, but understood that it was a whole different story when she read the message left alongside the animal. 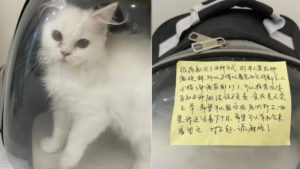 Seriously ill, the owner of a cat chose to drop him off in front of a “neko café” in the hope of finding him a new family. He left a note that shocked the person who made the discovery, reported World of Buzz.

As a big feline lover, the manager of the cat bar was in shock when she found a magnificent white-robed cat abandoned in front of her establishment. The quadruped was in its carrying bag, which also contained a message. Reading the latter, his initial anger gave way to sadness. 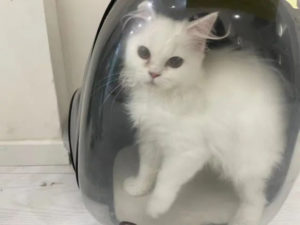 “I have just learned that my tumor has worsened. So I hurry to find a new owner for my cat. I know it’s irresponsible, but I have no other option, ”she could read on this note. The author added that his pet was vaccinated and that he hoped that his cat would find happiness in this café, while waiting for a loving family to be found for him. 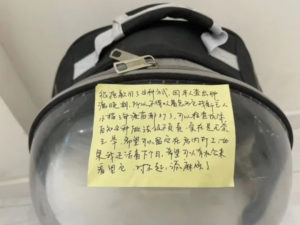 “If I get out of it, I will pick up my cat next month, promised the owner who did not leave his contact details. I’m sorry for the inconvenience “.

Moved, the manager published the photos of the scene on social networks and sent a touching response to the master. “I will take good care of it, but you must come and visit your cat,” she wrote to him, wishing him much courage and inviting him to believe in miracles.