Disappeared in 2019, a cat was recently found thanks to 2 women and his identification chip. Upon receiving the call telling him the good news, his owner struggled to realize. 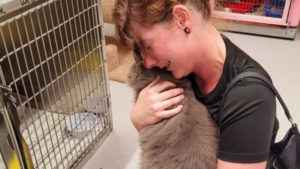 From September 2019 to September 2022. This is the time that a cat called Walter White will have spent away from his family, before a moving reunion allowed by his identification chip.

3 years earlier, Nikky Barks and her family had just moved. Her cat wasn’t used to venturing outside, but when he did, he wasn’t away for long and eventually found his way home. With the move, however, the feline adopted in 2016 found himself in a completely unknown environment during one of his rare outings. He had remained untraceable since, despite the incessant searches of his mistress.

All were saddened by the absence of Walter White, especially the youngest son of Nikky Barks, who was extremely attached to him.

They smiled again on September 29 when they heard the incredible news from the SPCA of Saskatoon (province of Saskatchewan in Canada). It was on that day that an employee of the shelter called the mother of the family to explain to her that her cat had just been admitted there. He had been identified by his chip. 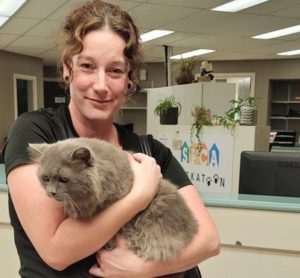 Walter White had been discovered by 2 women in their garden. As it was getting cold, they had decided to take him to the shelter.

“It was surreal,” Nikky Barks says of the unexpected phone call. “I felt bad for my boss because I literally looked at him and told him I was leaving,” she continues. Seeing her cat again, she couldn’t help but cry. Tears of joy, of course, because “it was one of the happiest moments of her life”.

Since his return, Walter White has shown some signs of separation anxiety. He follows his humans everywhere, especially children, and starts crying as soon as he finds himself alone in a room. He just needs time to understand that he has nothing more to fear.

“He used to be a happy dog once”: Laurent Ruquier shares his pain about his Labrador
Laurent Ruquier is in mourning. His dog Neuneu is no longer of this world. The host
LIFE STORIES 0 17