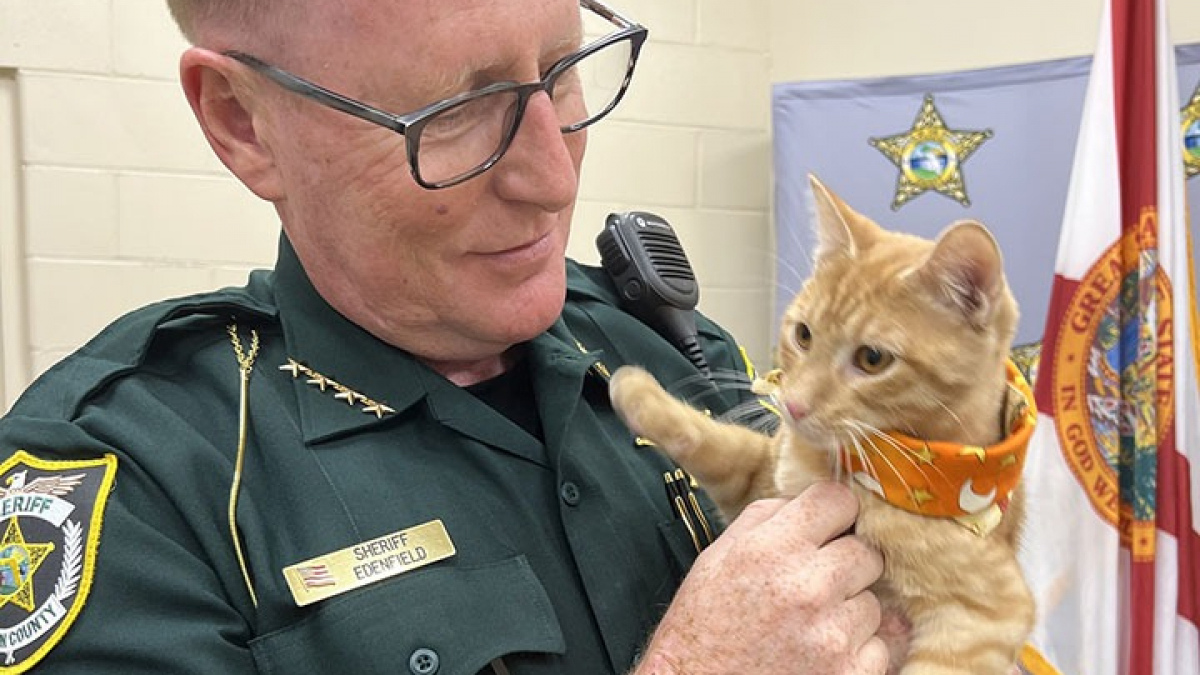 This abandoned kitten could not find adopters until he met a sheriff sensitive to the animal cause. The tomcat immediately felt at ease in this environment where everyone showed him affection. He therefore naturally took his place definitively within the police station. 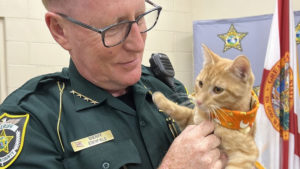 Sheriff Donnie Edendfield, of the city of Marianna in the State of Florida in the United States, is a fervent defender of animal rights. He regularly collaborates with the JCSO association when rescuing felines or canines.

In early October 2022, Ramsey Romero, the organization’s public information coordinator, told him that a 9-month-old ginger kitten was unable to find adopters and was suffering his condition in a shelter.

Ramsey went to the police station with the baby in search of affection. Immediately, the furball came out of its transport box to discover the places and greet the teams. 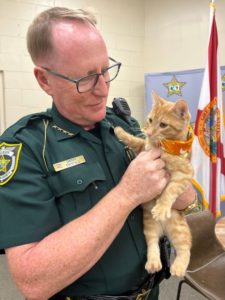 Donnie instantly fell in love with the young feline with a strong character.

“He likes to say that we pushed him to adopt him, but deep down he really wanted this cat near him,” Ramsey Romero told News Channel 7.

The baby was named Sniper and moved into his new quarters. The police have set up various cozy places for him with all the amenities available.

“He particularly appreciates living plants and also Christmas trees. We found out today,” the sheriff joked.

The tomcat rests on the various baskets placed here and there on the desks and also provides support in the work. 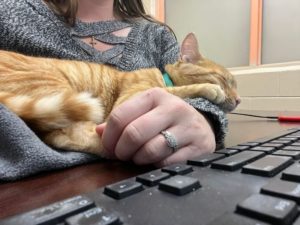 After making the assembly laugh with his antics, Sniper takes the time to comfort the police officers as well as the victims who visit the premises. He climbs onto their lap and purrs fervently, helping to ease the tension.

“Sometimes we go through stressful situations. So when Sniper runs to come and hug us, it’s very healthy, ”Donnie Edendfield said.
Sniper found not only a home, but also a vocation thanks to the altruism of the police officers who wished, through this act, to advocate for adoption.

“Rescue pets are the best. They give unconditional love,” the sheriff added to the angels.