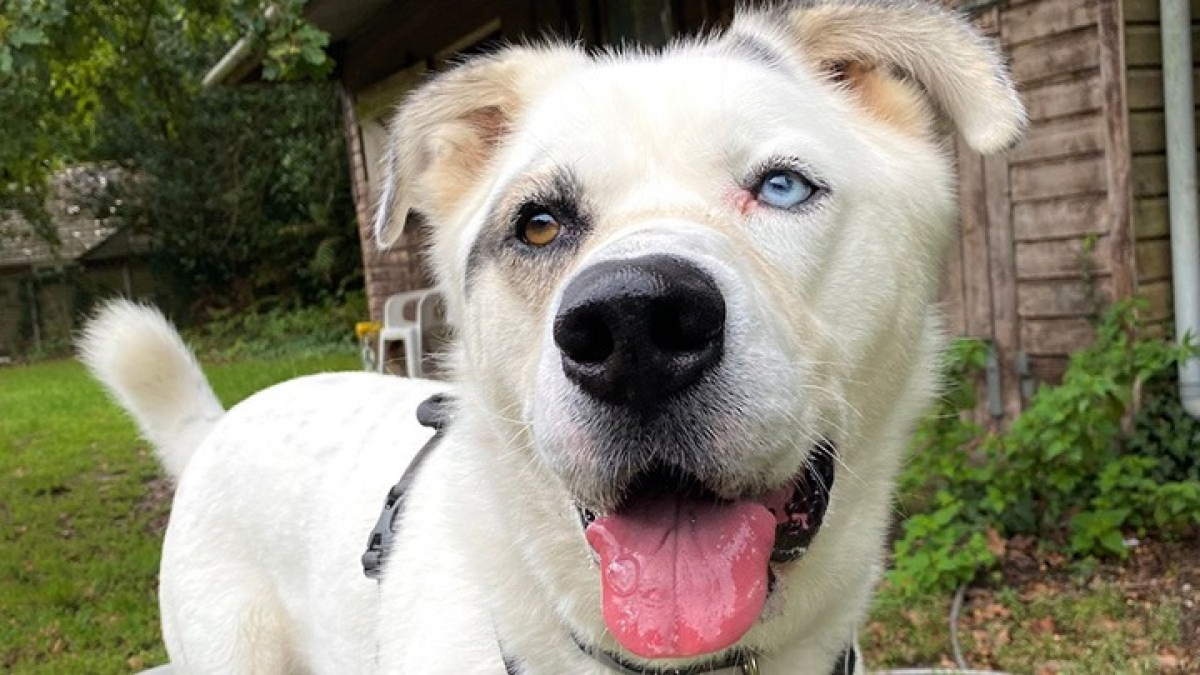 Big Patch was handed over to an association following the death of its owner who continually kept him on a tiny patio. So he hadn’t seen much of life until then. Today, he looks forward to discovering the joys of a life filled with adventures. 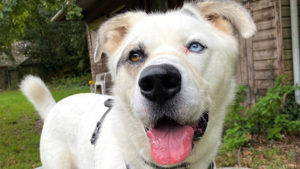 RSPCA Poole & East Dorset branch volunteers were given a 3-year-old Siberian Husky mix dog with odd eyes 10 months ago. His master had just died and no member of his family could support him.

The investigations quickly revealed that the unfortunate had spent his life locked in a tiny patio, without enough food available. Likewise, he suffered from a distinct lack of physical exercise and mental stimulation. His basic needs had been neglected.

However, Big Patch was jovial and affectionate. He was eager to finally discover the beauty of the world. The staff of the organization therefore gave him their full attention to socialize him, educate him and teach him to trust.

The new interactions with humans as well as with congeners have definitely convinced him that life was worth it. 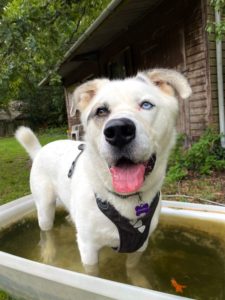 This summer, a couple came forward to adopt Big Patch. “We were so thrilled when he found a new home, but after just a few hours his owners sent him back to the kennel because he was too restless and loud for them. We were all very saddened for him,” Hannah Hawkins, the center’s canine behaviorist, told the Mirror.

The latter does not despair however. She described Big Patch as a lovable, intelligent and playful pooch who has something to win the hearts of loving people.

He will need dynamic and present masters in order to meet his need for physical activity as well as not to subject him to the loneliness he has already endured so much.  Moreover, even if he knows the basic commands such as “sit” or “give his paw”, he will have to perfect his education and work on controlling his emotions.

Nevertheless, Big Patch will be able to adapt as soon as he is surrounded by love and kindness. Let’s hope he quickly meets the people who will open the doors of their warm home to him.