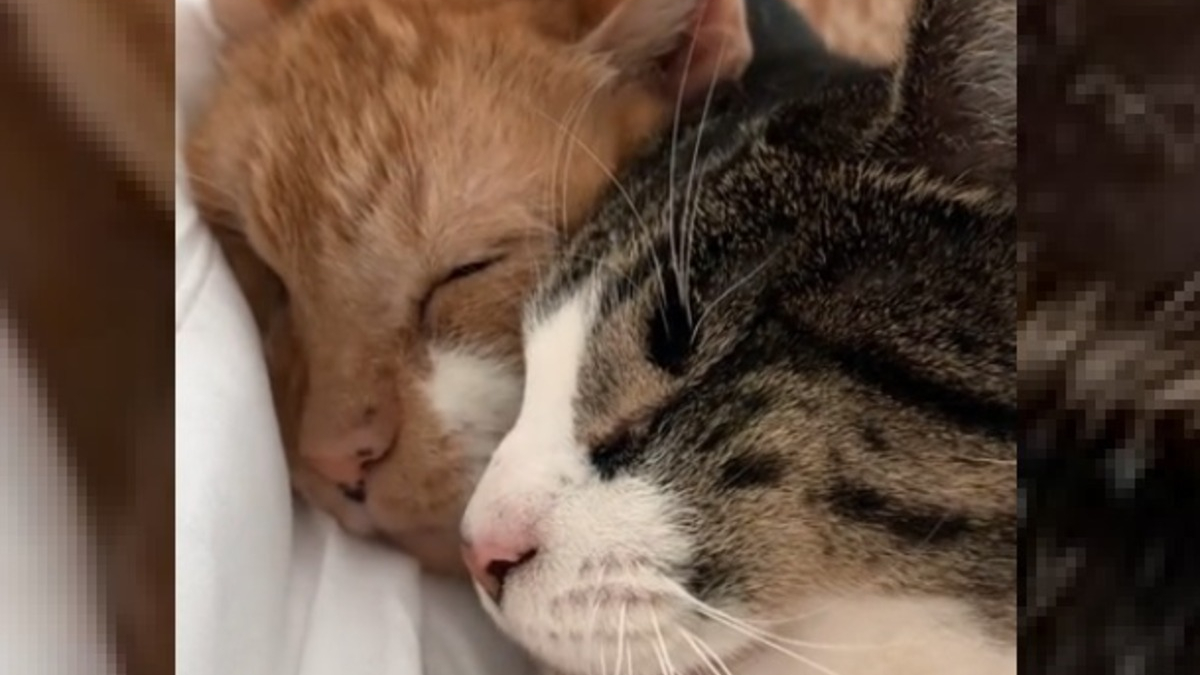 A cat with deafness can count on the unfailing support of his friend, another cat with a disability too. The latter is visually impaired and has made it his mission to wake up his friend when mealtime arrives. 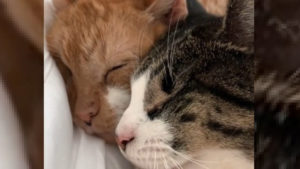 The friendship and complicity that can exist between animals give rise to extremely touching scenes. Cats are not left out in this area, they who are known for their cuddle fits (when it suits them, of course).

This bond becomes even stronger when 2 felines have disabilities and understand that life becomes much easier and more enjoyable when we stick together. The Hindustan Times shows us 2 cats in a great moment of affection. One has already awakened from its slumber. He is visually impaired. He wakes his congener, who is deaf, because it is time for them to have breakfast. 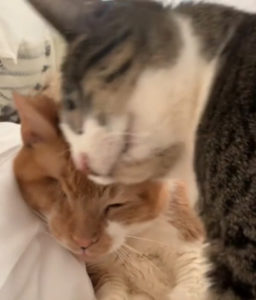 Although hungry, the blind tomcat proceeds with gentleness and delicacy. His friend slowly emerges as he receives adorable head and muzzle smacks. “You are a blind cat and can’t wait to eat, but first you have to wake up your deaf friend,” reads the text accompanying the images.

A publication shared on Monday, October 10 by a user calling himself “westcoastcdn19”, which has already generated nearly 100 “upvotes” and hundreds of comments from tender Internet users.

ANIMALS 0 86 views
Stuck in a wall, a cat meowed in despair and waited for help. A