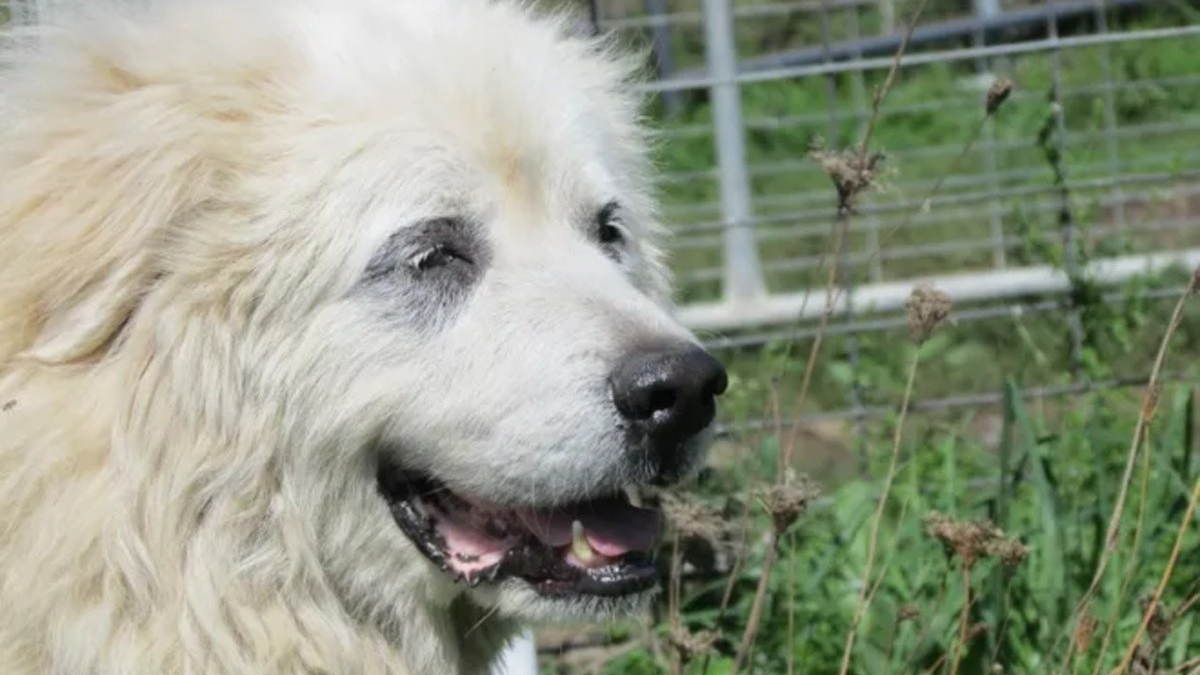 For more than a year, the Clarks had absolutely no idea where their dog Brutus might be, or indeed if he was still alive. This Patou had not been found since that sad evening when he had been frightened by a firework show. 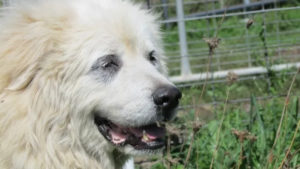 A senior dog has been found and returned to his family more than a year after he fled, reported Star Gazette. 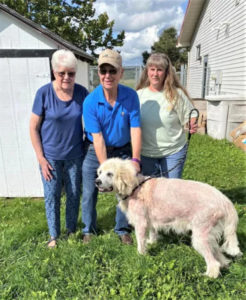 Suzy Clark and her husband own a farm where they raise alpacas in Woodhull, New York. The family includes several canids, including a senior Pyrenean Mountain Dog called Brutus.

The latter had always been afraid of thunderstorms and sudden loud noises. On July 5, 2021, the day after Independence Day, a neighbor decided to set off fireworks. Panicked, the then 10-year-old Patou ran away, despite the one and a half meter high electrified fence surrounding the property.

For months, the Clarks, their relatives and residents of Woodhull and surrounding areas searched tirelessly for the canine. Social media alerts had been posted and motion-sensor cameras installed in various strategic locations, but all trace of Brutus had been lost.

Until September 7, the day a certain Jackie Bainbridge drove by near Angelica, a town 25 kilometers from Suzy Clark’s farm. The driver saw a large dog sitting there on the side of the road, visibly disoriented and exhausted. Not knowing what to do, she posted photos of him on social media asking for help. 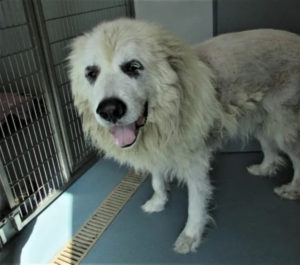 The local association Hornell Area Humane Society joined her to take care of the canine. He was in bad shape, having lost much of his beautiful white coat and a lot of weight. It was also infested with fleas. “At the time, we didn’t know it was Brutus. The power of social media brought him home,” said Humane Society volunteer Bethany Hurd.

Suzy Clark’s sister saw the association’s post about Brutus and immediately forwarded the photos to her. The quadruped’s mistress could not believe it. The family went to the shelter the next day. She had trouble recognizing her dog, which 14 months of wandering had changed. He too struggled to remember his family. 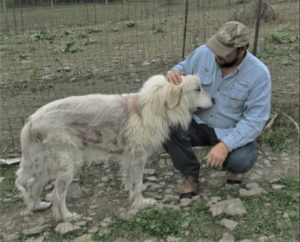 Suzy Clark immediately had an idea. Brutus loved plain donuts, and she happened to have some on her. She gave him one and he accepted it. The dog’s gaze suddenly lit up, as if his past was beginning to flash through his mind.

Then, Suzy Clark’s stepfather remembered a game he used to play with Patou. He sat down on the ground and raised his hand asking Brutus to give him a “thumbs up”. The dog complied by giving him a little kick. There was no longer any doubt then; it was him!

After the tears of joy, it was back to the farm. At the shelter, Brutus had been bathed and treated for Lyme disease, fleas, and wormed. He is still missing some hair and has trouble walking, but his condition has been improving day by day since he got home. He also regains his appetite. 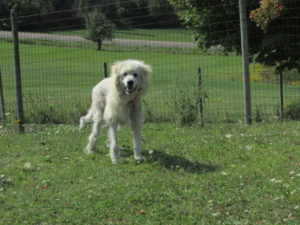 “We tell him he’s retired now as a guard dog, says his owner, but he still sits outside barking at garbage collectors.”