A young cat recently arrived at a UK shelter turned out to be born genderless. A first for the association and its veterinarians, who hope to have it adopted quickly and thus allow it to know the love of a family. 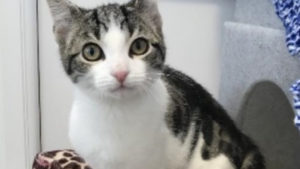 Hope is an almost 4 month old kitten whose sex is unknown at the moment. In fact, it probably doesn’t have any at all, as the veterinarians who examined it didn’t find any genitalia. Information reported by The Guardian on Monday, November 7.

When they arrived at the Cats Protection shelter in Warrington, in the north-west of England, the staff first thought they were dealing with a female. After the initial examination, the research facility team was amazed to find that Hope had no external reproductive organs. 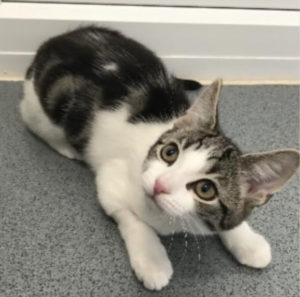 It would seem that the feline is not endowed with internal sexual organs either, which constitutes an unprecedented situation for this association. For Fiona Brockbank, chief veterinarian at Cats Protection Warrington, this is clearly a case of agenesis, which means that an organ (sexual in Hope’s case) did not develop during the embryogenesis. The tabby cat is therefore neither a male nor a female.

“There is a possibility that some ectopic ovarian tissue is hiding inside, but we think that’s extremely unlikely,” says Dr. Brockbank. It’s so rare that there really isn’t a commonly used term for it, but it’s actually agenesis of the sex organs.” 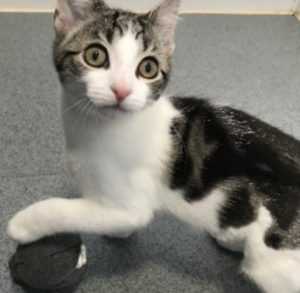 The vet adds that she and her colleagues do not know if this will affect Hope’s health and well-being, as there is no known precedent, but assures that they have duly monitored it. In particular, they found that the animal, described as friendly and playful, could urinate and defecate normally.

Appreciated at the Warrington shelter, it was also appreciated by the staff of the Tyneside adoption center in Gateshead near Newcastle, where he had stayed before its care by Cats Protection. Beni Benstead, head of the center in question, says that “taking care of Hope has been a pleasure, and it is fantastic that it is now ready to be adopted. We know it will provide someone with its pleasant company for many years to come. We would also be hugely grateful to hear from our Tyneside superstar.” 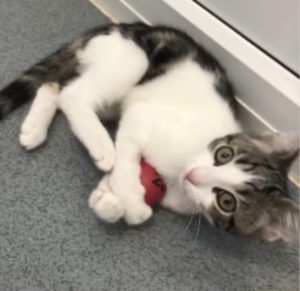 At Cats Protection, it is hoped that the publicity of Hope’s story will help it find a loving and devoted family.