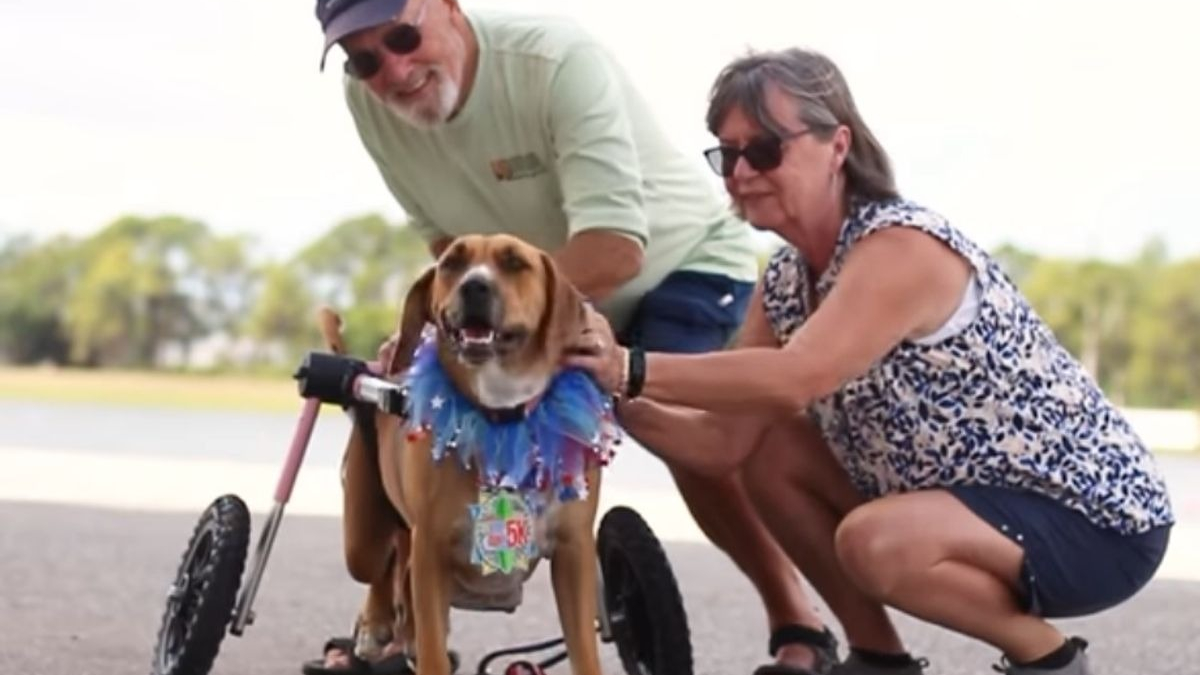 A retired policeman, John Cox now devotes all his energy to his charitable project. This is an association through which he helps dogs, cats and other animals with various disabilities. Dozens of them were able to receive carts and regain their freedom of movement thanks to his initiative. 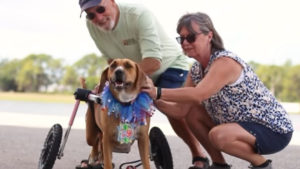 “Our mission is to help as many animals as possible, get them wheelchairs and help them feel like they are the animal they are meant to be,” reads the statement from Ruck9, an association that helps these creatures with disabilities.

Within a few months, he managed to raise enough funds, thanks to donations, to finance the acquisition of 68 carts for handicapped animals. 64 of these wheelchairs were given to dogs, 3 to cats and one to a goat, all deprived of one or more legs. 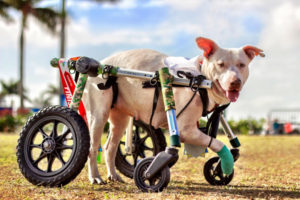 Weelchairs that are designed and supplied by Walkin’ Pets, a company specializing in mobility equipment for animals. These devices are aimed at dogs and cats, but also at lambs or even skunks, reports People. 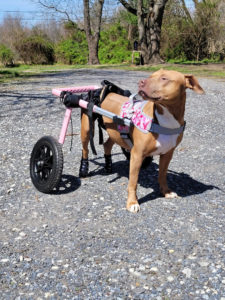 The dog Mattie is one of the recipients of this donation. His owner Don Jackson explains that Mattie’s new trolley has completely changed her. She who could not use her hind legs, is now able to run at will, “like any other dog”, says her master.