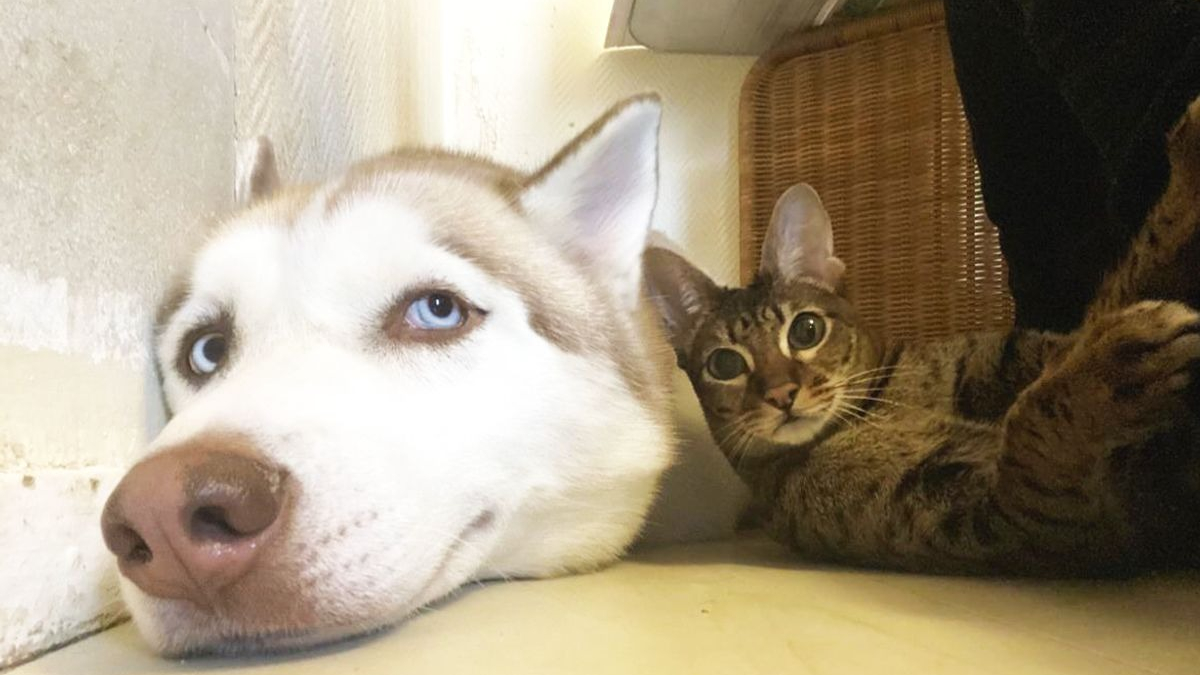 The Savannah cat is the result of a cross between a domestic cat and a Serval, a wild feline native to Africa. He is therefore of a rather independent nature and shows a spirited behavior. A strong character is probably what explains this amazing friendship between this cat and these 2 Husky dogs. 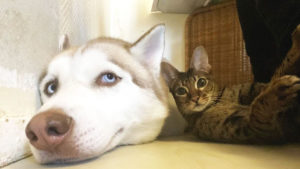 Gwenaëlle, a young woman passionate about animals who lives in Morbihan has adopted a 3-year-old Savannah cat. The poor little girl had been welcomed by the 30 Million Friends Foundation during a large-scale rescue. Indeed, Niele, of his nickname, was originally part of a breeding in Guern. The hostess had fallen ill and could no longer support her animals. The foundation therefore intervened to put 8 Savannah cats, 2 Servals and 12 dogs in a safe place.

Fortunately, the young cat did not stay long at the shelter. “His little wild side immediately appealed to me. She is very active, she moves everywhere. Enough speed sometimes,” Gwenaëlle told the 30 Million Friends Foundation. 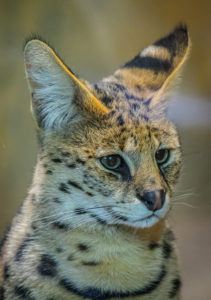 As soon as Niele arrived in her new home, she felt at home. Gwenaëlle’s 2 Huskys, Nougat (3 years old) and Cookie (5 years old) taken aback at first sight by the newcomer, did not take long to adopt her as well.

His overflowing energy and adventurous personality allowed him to befriend the 2 canines of the house. She follows them absolutely everywhere. At home, the cat makes her place in the basket in the middle of the 2 giants with cozy hairs. Wild games regularly punctuate their day.

However, what the little troop prefers is to go for a walk. “As soon as Niele hears that I’m going to take the dogs out, she asks to go out too,” Gwenaëlle said. Her mistress has therefore accustomed her to walking with a harness and a leash. The fact that the cat wears a collar reassures Gwenaëlle. Indeed, Niele can sometimes be afraid of passing cars on the road. Otherwise, Niele walks the streets of the village exactly like his 2 colleagues. An unusual friendship that melts hearts.

The cat and her kitten were left to their own devices in a closed carrier. The cat was in tears
The heroes of this story are the cat Manya and her daughter Tosya. The
ANIMALS 0 5

For 15 years, this blackened cat has lived in a railway maintenance workshop and would not leave it for the world
Dirt was born amidst soot and sludge, and it’s been there all its life.
ANIMALS 0 5

Labrador started living in someone else’s entrance and walked himself. But people put him on the street at -27
In December, a black Labrador appeared in one of the sleeping areas of Kursk.
ANIMALS 0 16