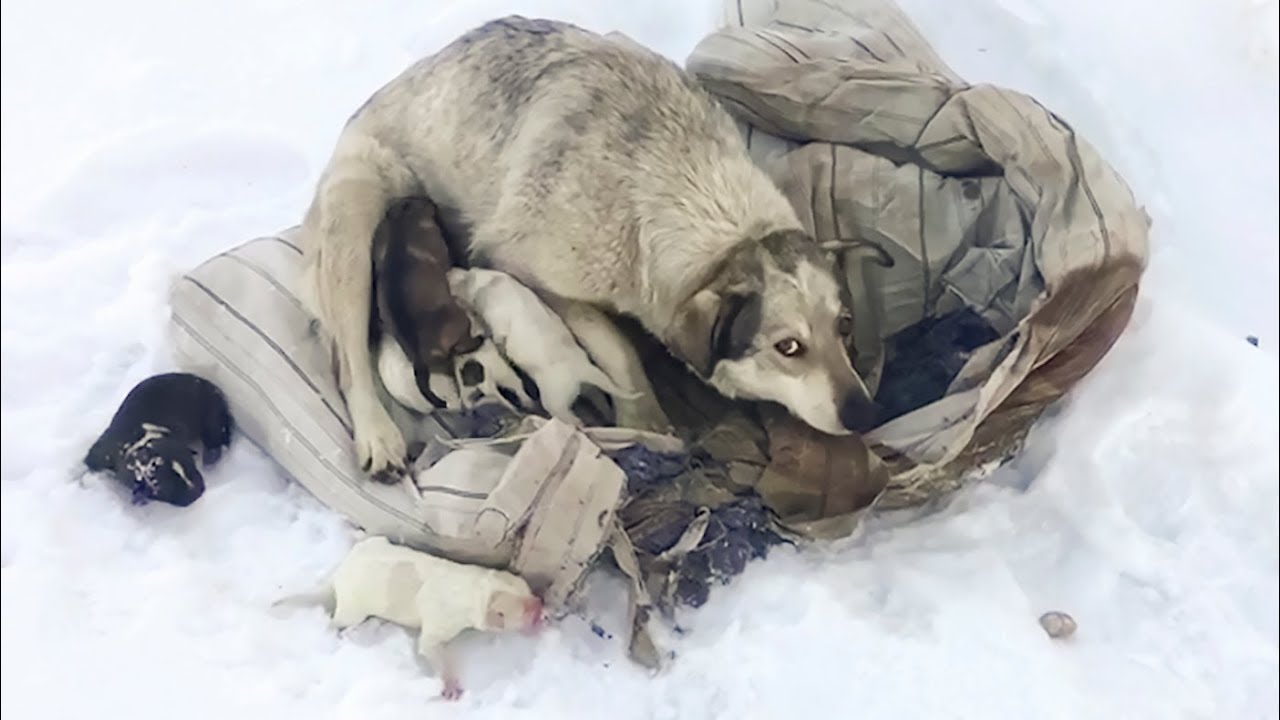 It was a cold January outside. Lesya and her little puppies were pulled out of the car and left on the side of the road near the Kursk hospital, people quickly left. The dog was small and very thin, and it was also scared and did not understand what was happening. Lesya tried to climb back into the car, but the man roughly kicked her away. 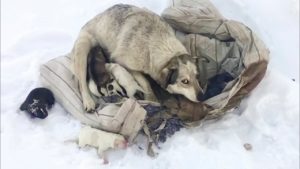 It was snowing heavily outside, the dog stood on the side of the road, buried in the snow, lost and sad, and her puppies gathered next to her, who also did not understand what to do next. Lesya looked after the car and could not believe that the people she considered her family had left her and her kids on the road. 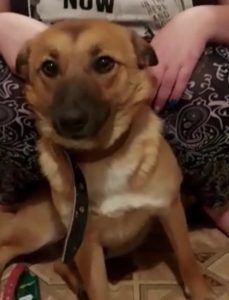 While the dog was trying to comprehend what was happening, her kids dispersed. Some got stuck in snowdrifts, others ran out onto the road. The sad and cold dog rushed from side to side in an attempt to collect their babies. 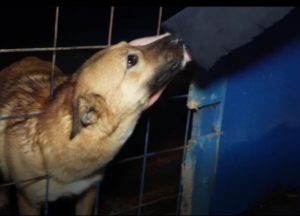 I wonder if Lesya dreamed of her owners, who, leaving her in the cold, went to sleep in a warm house. The puppies were about three weeks old by that time, they were almost completely buried in fresh snow. 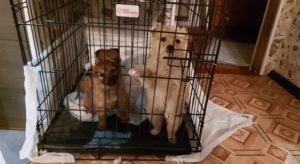 For several hours, people looked out the windows and saw how the dog rushes along the roadside, collects its babies and tries to feed them, lying down just on the snow. Then several posts were written about Les on social networks, but apart from sympathetic and indignant comments, there was no other reaction. The frost and the blizzard were getting stronger. 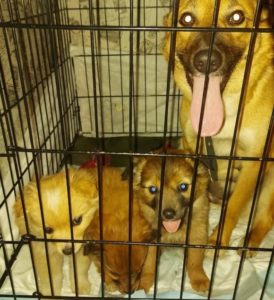 As soon as I found out about this family, I agreed to take them to foster care. At that time, we still had the opportunity to rent a small but warm house for animals.

When Lesya was being taken to an overexposure, a volunteer stopped by my house so that I could get to know the new wards. As soon as the car doors opened, Lesya immediately began to kiss me. 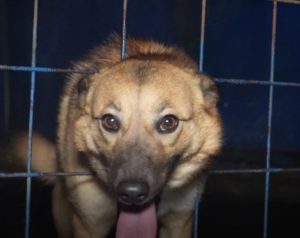 She was happy and very grateful to those who saved her and her babies from cold and starvation on the street. The dog immediately gave the impression of being kind and trusting, so I promised her that I would do my best to have a home and people who would love her and will not betray.