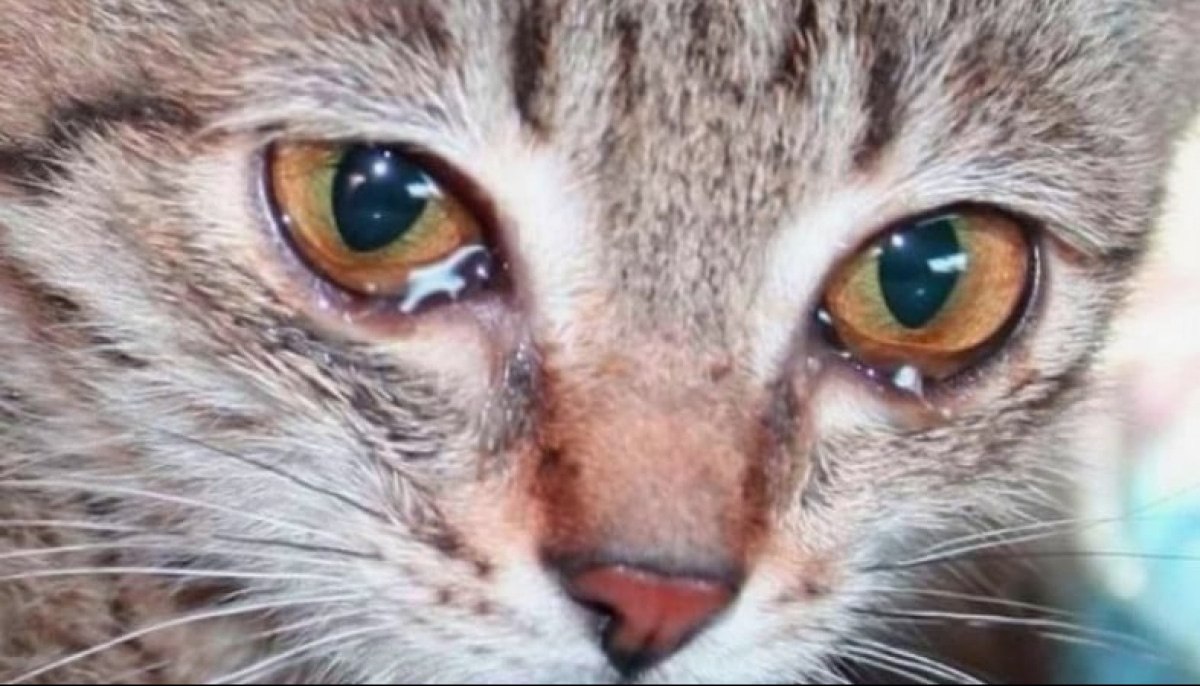 The heroes of this story are the cat Manya and her daughter Tosya. The family came to the shelter in the fall, where they were brought by the owners. The shelter staff refused to accept new wards, because there was simply no place for them. People made a scandal, but they didn’t achieve anything, they left, taking a carrier with animals.

A few hours later, one of the volunteers saw the carrier in the shelter. Inside, the man saw a cat and a kitten, whose eyes were filled with tears. the man realized that these were exactly the animals that they tried to give to his colleagues a couple of hours ago. 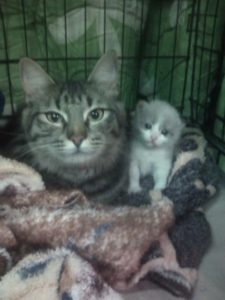 There was nowhere to take the cats, but people also could not just leave them to the mercy of fate. At first, the girls were taken in by volunteers who organized a house for them in their garage.

The cat and kitten were not at all similar, people immediately began to doubt whether they were really mother and daughter. Only when they saw how touchingly the cat takes care of the baby, they realized that they really are relatives. 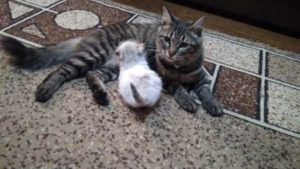 When people set up a corner for cats in the garage, they noticed that the fluffy mother burst into tears. She probably guessed that she herself and her baby were left without a home and owners. Although scientists have convincingly proved that cats are not capable of crying, from the outside it looked like a cat was grieving and tears would soon spurt from her eyes.

the cats began to live in a cage, which was covered with blankets to keep them warm. Of course, these were not the best conditions, but still it was warmer and safer in the garage than outside. 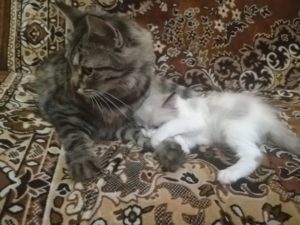 The cats were lucky and soon they left the garage for overexposure. A woman agreed to take care of them, who had already helped abandoned animals more than once. The woman denied that she was a volunteer, and also that she had an overexposure at home, but in reality everything looked completely different.

Tosya grew up, she became an active and funny cat. As soon as the baby became independent, volunteers began to look for a home for her. No one wanted to take Tosya away. Over time, the girl was sterilized, and she remained to live in overexposure. The woman who took care of her fell in love with Tosya so much that she decided to keep her. 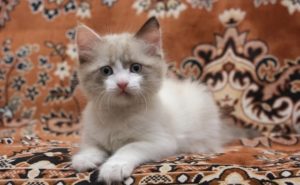 Manya was also taken to the clinic for sterilization, and after a while a family was found for her. The cat moved to a new house, where not only loving owners were waiting for her, but also new friends – a cat and a dog. Manya quickly got used to the new place and even became a leader among other animals. 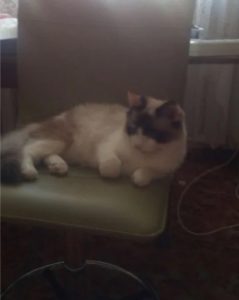 Left on overexposure, Tosya walked around the rooms for several days, looking for her mother, but after a while she accepted the separation, which was softened by the care and love of her mistress.