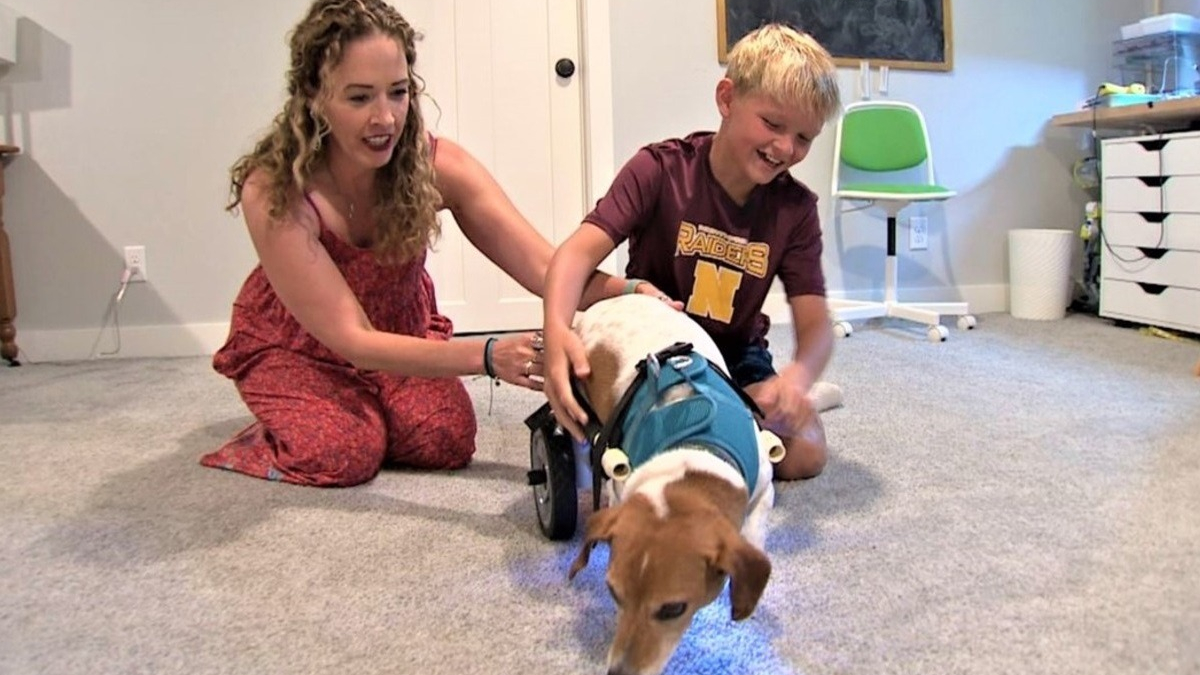 When you combine exceptional creativity with fabulous empathy and immeasurable love for animals, you get Emmett, an 11-year-old boy who has done wonders for a dog with a disability. 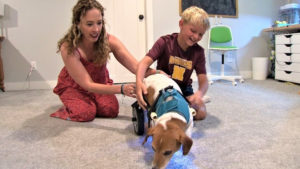 A CM2 student has made a tailor-made cart for his teacher’s dog, paralyzed in the hind legs. A particularly touching and inspiring story, reported by KARE 11.

An elementary school teacher, Dana Holden often talks about her dog to her students, who were eager to meet him. When they had the opportunity to see it during a class visit, everyone was both moved and captivated by the animal, which showed extraordinary determination and joie de vivre despite its disability. 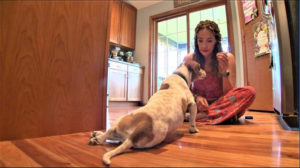 According to veterinarians, Leonard, a 9-year-old Dachshund mix, is likely suffering from a tumor that is putting pressure on his spine. This does not prevent him from being an extremely playful and cuddly canine. The schoolchildren adored him, but there were some in particular who were marked by his passage. This is Emmett Rychner.

“He was the nicest dog ever and I thought I had to do something to help him,” the 11-year-old told KARE 11. He had already flaunted his handyman skills and his creativity, including making a water fountain for dogs and an air-conditioned backpack to keep meals fresh. For Leonard, he set out to build a custom cart that would allow him to move freely.

The child spent months working on his project in his small workshop in the basement. He created a first model, but the test was inconclusive. The prototype “wasn’t big enough, not long enough, its legs couldn’t slide in completely,” he explains. However, more was needed to discourage Emmett Rychner. 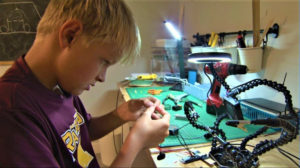 A few weeks before the start of the school year, a second copy, much more successful, was ready. In addition to being more robust and larger, he also equipped it with front and rear lights for night outings.

Dana Holden and Leonard arrived at the Rychners to try out the new cart. This one was perfect! As soon as we installed the Dachshund cross, he rushed towards his mistress, delighted to be able to run without difficulty. 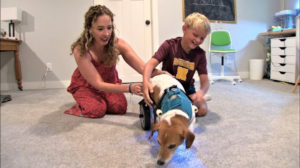 The teacher joked that specialist companies had offered her a cart for her dog, but had replied that she “already knew someone”. This “someone” is a very special boy. The kind of person who helps shape a better world…