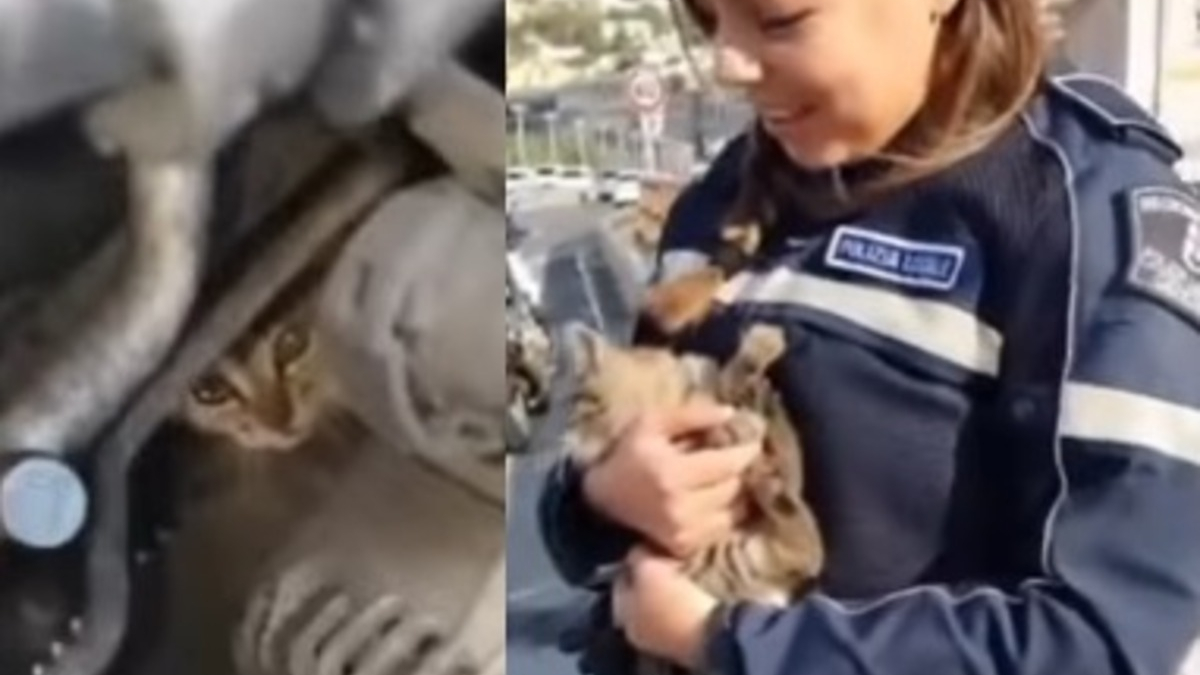 In Italy, a motorist realized he had a cat stuck under the hood of his car. Unable to bring it out, he sought the help of the police. Among them, a biker who fell in love with the little animal and quickly made her decision. 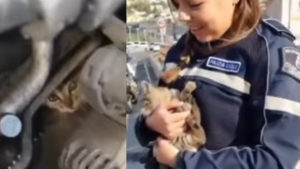 A stray cat has found a loving family after being rescued from hiding in the engine compartment of a car, La Voce di Genova reported.

The facts took place on Thursday, October 6 on a highway in Genoa, Italy. While driving his gray Suzuki Swift, a man began to hear strange noises coming from under the hood of his vehicle.

He then decided to pull over and lift the bonnet to find out what was going on. This is where he found a totally terrified kitten. The young feline was so frightened that, upon seeing the driver, he decided to drive even deeper into the meanders of the engine. 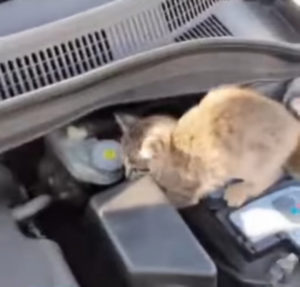 He was now out of reach of the motorist, nevertheless, he wanted to help him. The cat stubbornly refused to come out of its hiding place and only mewed its distress, while the man desperately tried to attract it by calling it. 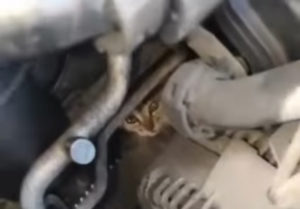 Fortunately, he got the assistance he was hoping for, that of 2 bikers from the local police. The pair included a woman who, together with her colleague, finally managed to get their hands on the quadruped and extract it safely from the engine. The animal was safe and sound.

The policewoman immediately fell in love with the little cat. So she decided to adopt him. She even found him a name: Swift. Like the model of the car where he had chosen to barricade himself.