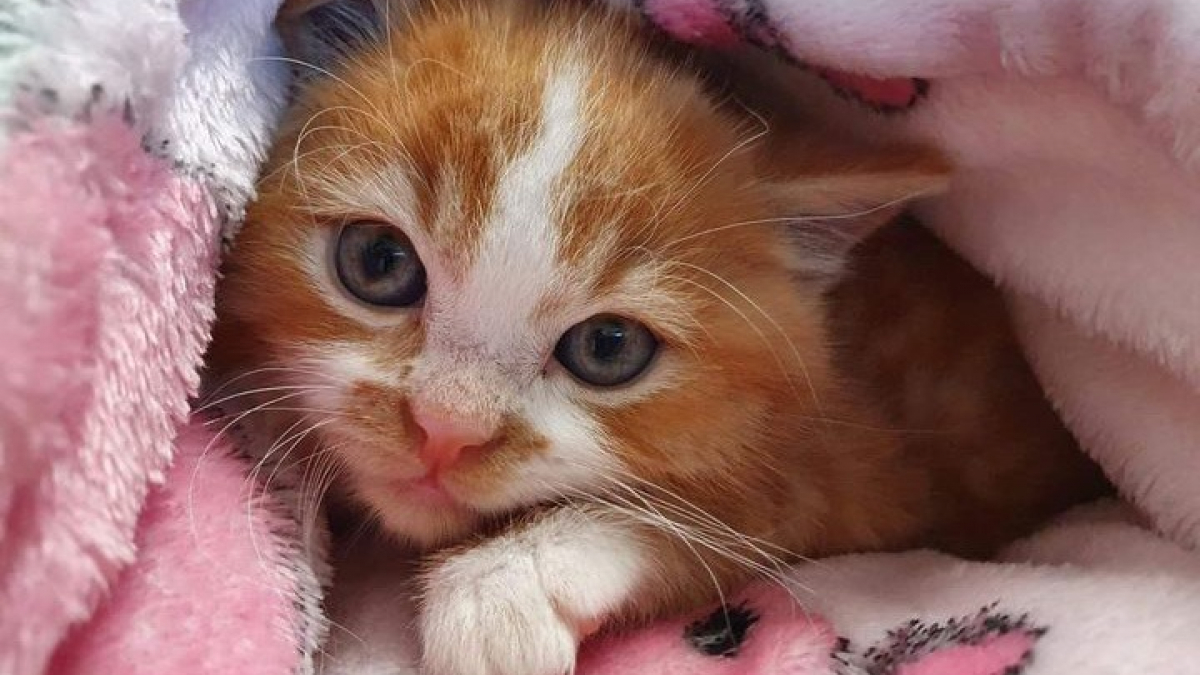 This baby cat, just 5 weeks old, would still need the affection of his mother as well as that of his brothers and sisters. But he was discovered alone and starving. Fortunately, he found refuge in an association that takes care of him. 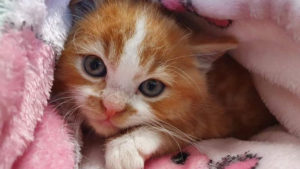 Oxfordshire Animal Sanctuary was contacted on October 10, 2022 about an adorable ginger tabby kitten. Indeed, employees of the catering company The Picnic Hamper, located at Monument Business Park in Chalgrove, England, discovered the poor beast in the middle of the industrial area.

Although they looked around to see his mother or siblings, they only saw him. The baby was hungry and mewing in despair. The shelter volunteers therefore went to his rescue and placed him in a safe place within the cattery. The partner vet who examined the kitten revealed that he must have been around 5 weeks old and luckily had no ailments.

The baby was therefore not completely weaned and therefore needed to spend some more time with its feline family. His mother must indeed teach him countless things, such as cleanliness for example. 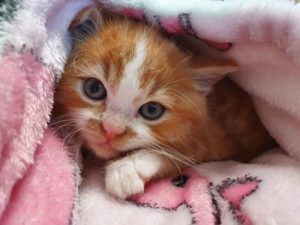 The Oxfordshire Animal Sanctuary has appealed for solidarity on social media. The refuge is indeed going through a difficult patch and donations would make it possible to carry out the rescue of many animals.

The goal is also to devote time to the investigation aimed at finding the rest of the baby cat’s family.

The community is also invited to suggest a name for the little survivor. For the time being, the suggestions waver between a reference to the color of its coat or the place of its discovery: Picnic, Pumpkin, Peanut or even Marmalade.

The final choice will not be revealed until October 17 on the association’s social networks. In the meantime, the kitten regains strength and revels in the good food kindly offered as well as the affection of its benefactress, reports OxfordshireLive.

ANIMALS 0 66 views
In Italy, a motorist realized he had a cat stuck under the hood of
TOP ARTICLES