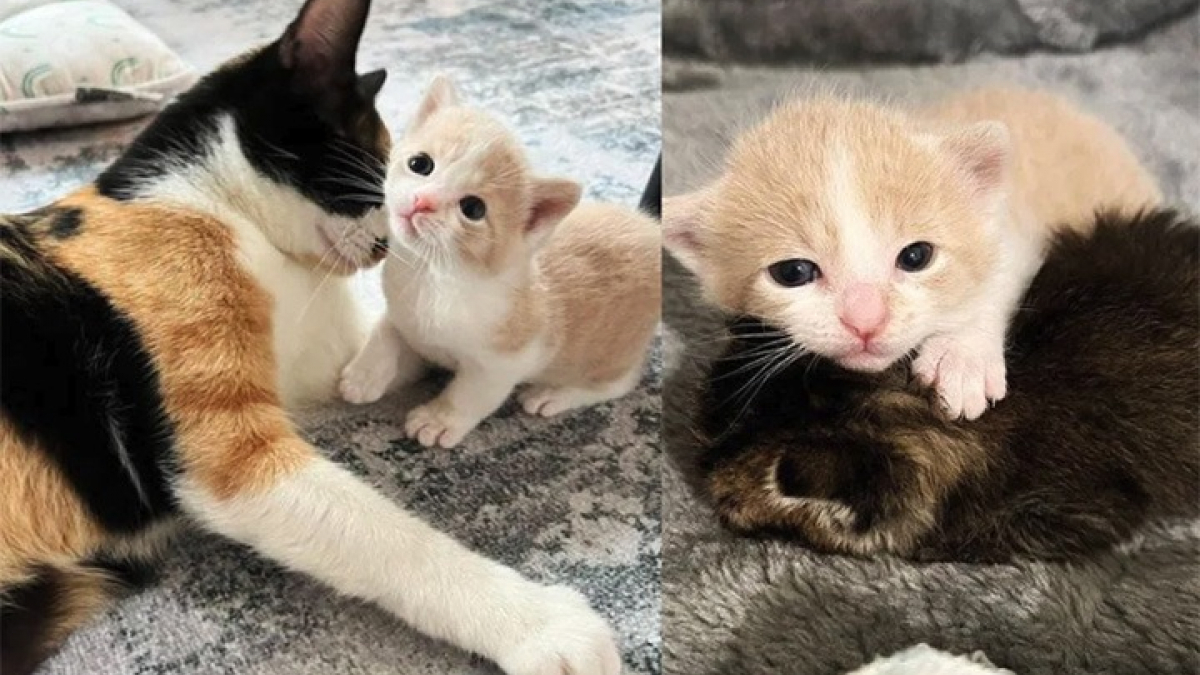 An orphan kitten is unlikely to survive on its own. In addition, felines must socialize in groups. This cat and her baby recently rescued by an association decided to return the favor to a poor baby who desperately needed the affection of his family. A beautiful complicity ensued. 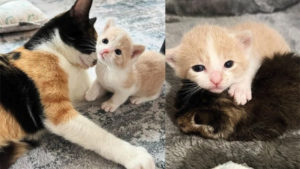 Recently, the organization Metro Animal Care and Control (MACC) was entrusted with a cat named Maple with her only kitten, Cider. It is rather rare for a mother to give birth to a single kitten. And indeed, the foster volunteers noticed that Maple still had 2 babies in her womb.

Despite the efforts of the veterinarian, these last 2 could not be saved, they were stillborn. Maple was saddened and confused in this new environment, but unceasingly took care of Cider.

“Despite what she went through with the loss of her babies, she is still so loving and adorable. Maple and Cider have a very special bond,” Jenn, the foster volunteer, told Love Meow.

The mother-son duo regained their strength thanks to the care provided by their benefactors and reveled in the softness of their cozy basket. 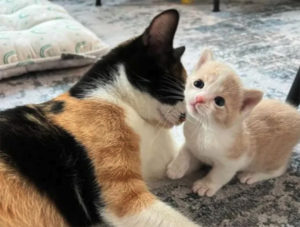 Some time later, Jenn was informed that an orphan tabby kitten was suffering from her condition. She was certainly bottle-fed, but she desperately needed the affection of fellow creatures.

Jenn then offered to integrate him into her cattery in the hope that Maple and Cider would adopt him.

The little one, Clove, instantly bonded with her surrogate brother who gave her a warm welcome. 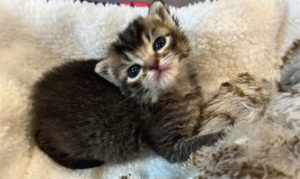 Maple, however, was more reluctant. She refused to approach the newcomer because of her different smell. But within days, she finally fell in love with her.

“One night, she gave him a little lick on the head. I was so excited! I couldn’t believe it,” Jenn said. 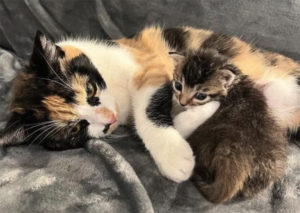 Since then, the blended family has been inseparable. The kittens have grown well and spend their days playing under the watchful eye of their mother.

Clove was unable to suckle Maple and was therefore bottle-fed until she was weaned, but she was always able to benefit from the education and tenderness of a caring mother.

The trio will soon be offered for adoption and will therefore begin the new chapter of their life.