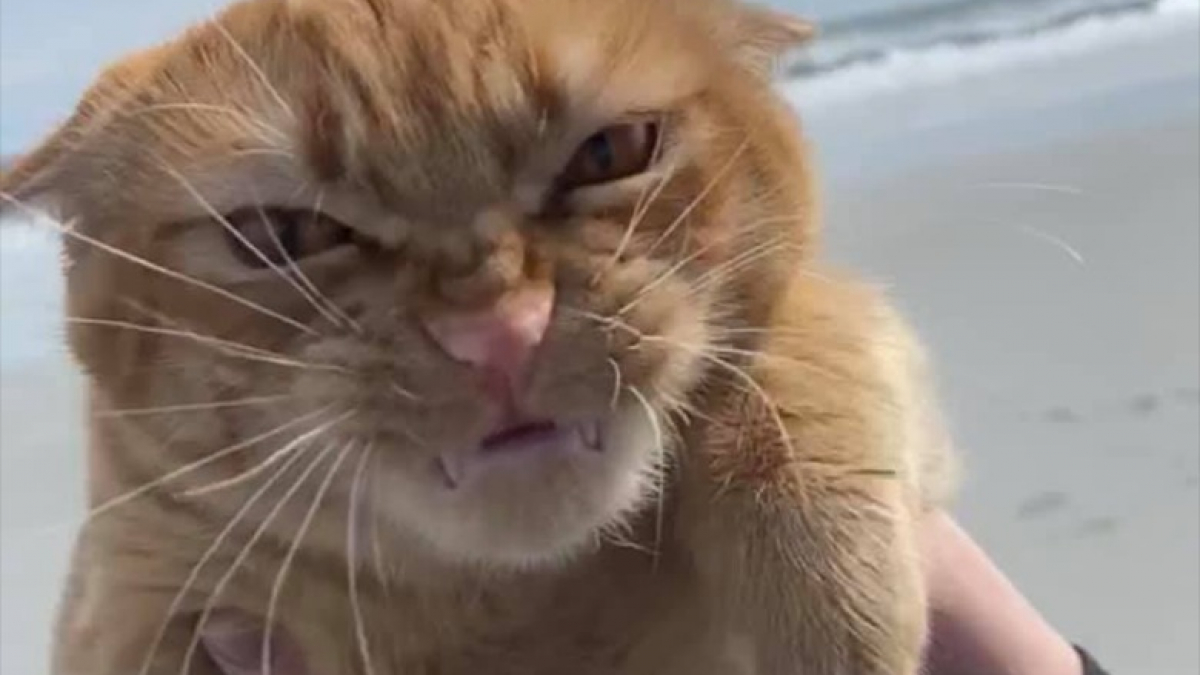 Pumkin’s owner immortalized her cat’s facial expression that proves he doesn’t like the wind. The photos posted on social networks have melted Internet users. 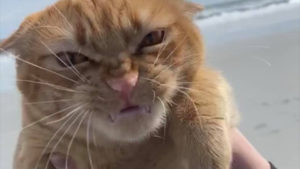 Tia is the proud owner of two cats, Pumkin and Moustachio, whom she first took in as a foster family and then adopted (couldn’t bring herself to let them go). As she grew up, Tia noticed that Pumkin suffered from mild cerebellar hypoplasia which affects her coordination and distance perception. “We thought he’s clumsy as a kitten,” Tia told The Dodo. However, this handicap does not prevent him from going on an adventure with his brother and his owners. 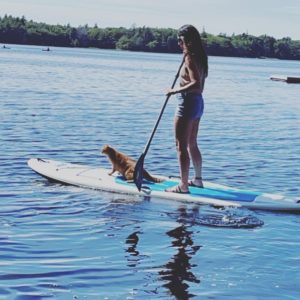 Indeed, the whole family shares activities that are atypical to say the least for cats. They notably go hiking, paddleboarding and kayaking. One day, Tia decided to take her cats to the beach. Both were having fun “like crazy” until the wind started to blow strong gusts. The red cat then showed its aversion to the wind. “The faces he was making, we had never seen anything like this before, so we were taking photos and videos,” his mistress explained. His expression says it all!

Since this experience, Pumkin and his brother have returned to the beach several times where they still have so much fun running and catching sea fleas. The photos posted on Facebook have been all the rage. Much like the owners of Pumkin, the community couldn’t help but laugh. Tia has therefore opened a profile specially dedicated to the adventures of her extraordinary cat, which now has more than 10,000 subscribers. Between two escapades, Pumkin strives to regain strength by taking long naps.

This abandoned cat found refuge just in time to give birth to her young in good conditions
This poor kitty named Smokey was abandoned by her previous owners when they moved.
ANIMALS 0 58