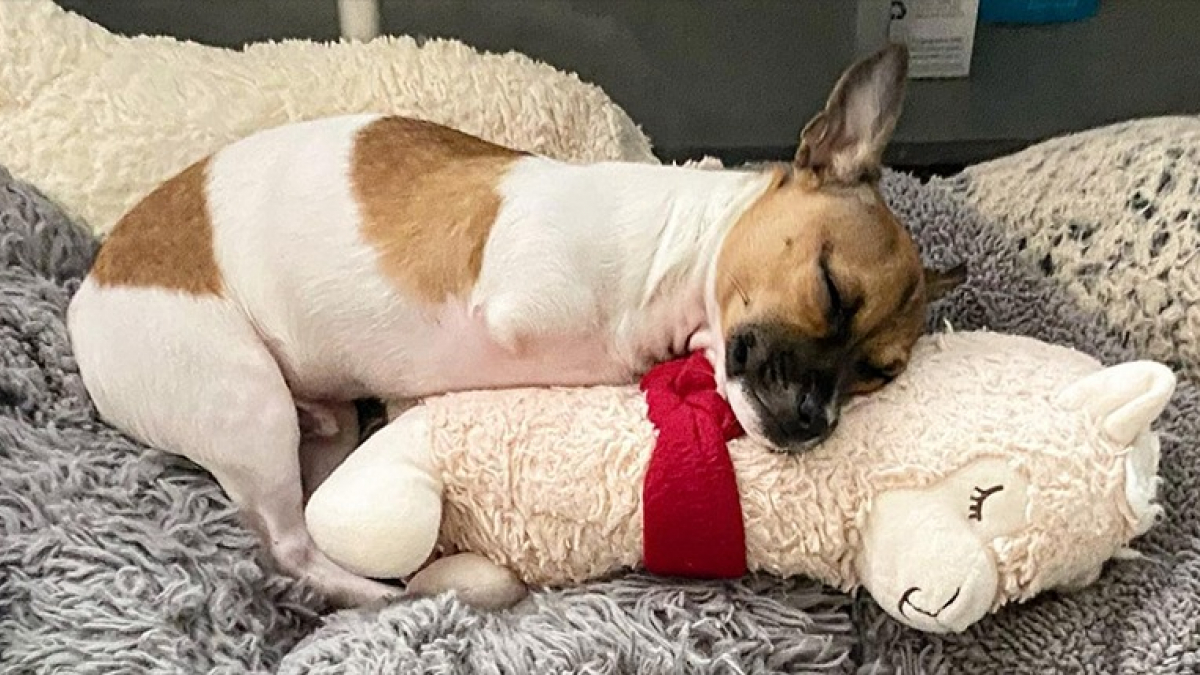 Joey, the young Chihuahua, is a different dog from the others. However, he lives exactly like his congeners. Its cutest feature? Snuggling up to his beloved stuffed animals at nap time. 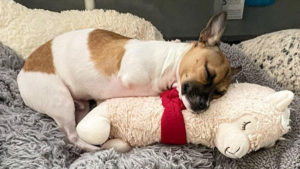 The Vintage Pet Rescue association, located in Foster in the State of Rhode Island in the United States, specializes in the reception and adoption of older dogs and/or dogs with specific needs. In early April 2022, founder Kristen Peralta integrated a 3-month-old Chihuahua into the troop. The puppy had been taken in by the CT Humane Society but felt out of place there.

Joey, his nickname, looks nothing like his congeners at the shelter. He was born without front legs. Joey proves, however, that his handicap is of little importance. He has fun with his toys, participates in the general fight with his congeners, splashes in the pool and, of course, asks for petting. “Joey is one of the happiest dogs we’ve ever met,” Kristen told The Dodo. 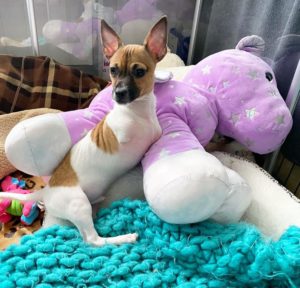 Joey is, like all puppies, full of energy. His frenzied games over, he regains his strength during long restful naps. “He’s still very puppy-like in his demeanor, so he’ll play until he’s exhausted and then he’ll sleep until he’s recovered,” Kristen clarified.

To do this, the little canine likes to snuggle up to huge stuffed animals. The founder of the association therefore provided him with something to feel safe: a huge llama, a purple pony, a fluffy basket… The puppy climbs to a safe place and takes refuge near his stuffed friends. “Joey can go up the stairs, on the couch and pretty much anywhere he wants to go. It’s really amazing to see him doing so well. There’s no stopping him,” Kristen explained. 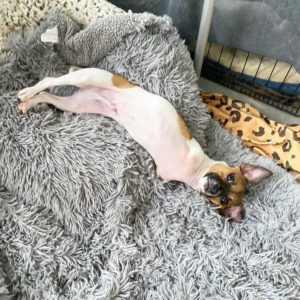 Soon, Joey will have the chance to receive a wheelchair adapted to his handicap. Small wheels at the front will allow him to move more easily. In addition, the little male will soon be sterilized so that he can be adopted. “We know we will have hundreds of applications for him. But there’s only one Joey,” Kristen joked. Indeed, his playful strong character make the little Chihuahua a unique being.

A cat trapped in a cinder block wall sees the end of his nightmare with the arrival of firefighters
Stuck in a wall, a cat meowed in despair and waited for help. A
ANIMALS 0 89