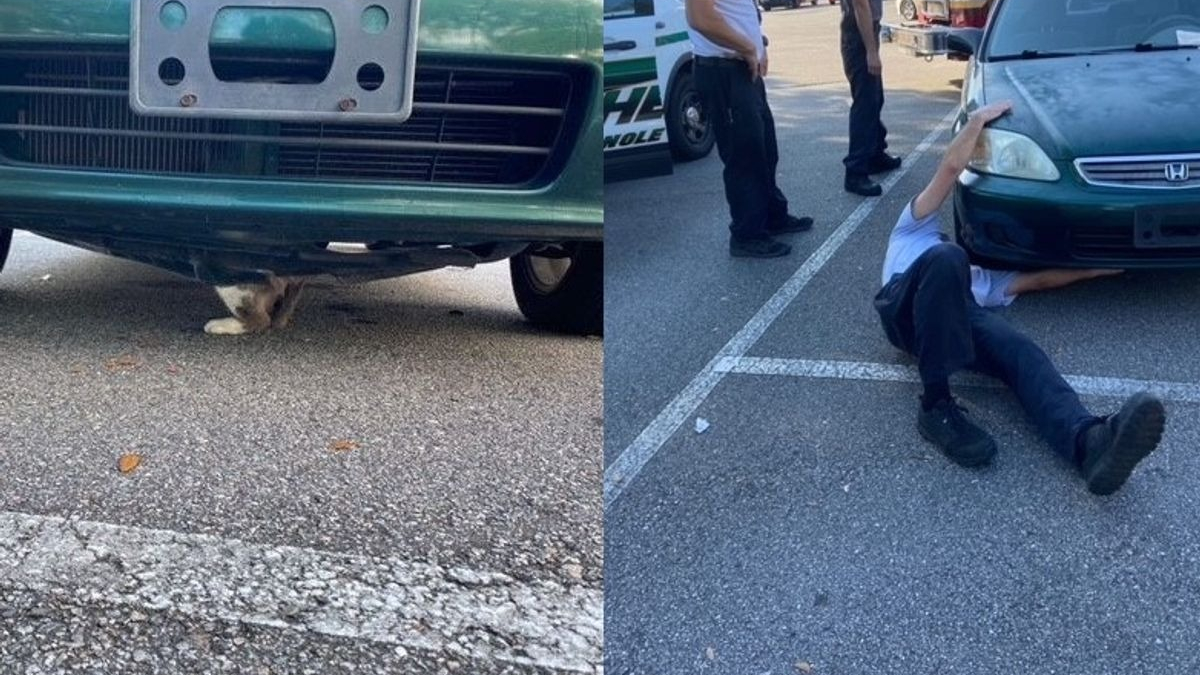 In Florida, police and firefighters intervened to rescue a cat that had been trapped under a car. The emergency services had been alerted by a passerby, who remained on the scene to witness the rescue and immortalize it. 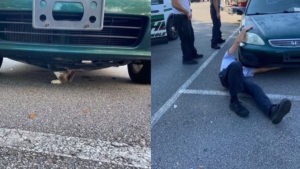 The Sheriff’s Office and the Seminole County, Florida Fire and Rescue Center mobilized several of their men and women to rescue a cat in bad shape, the Miami Herald reported on Monday, May 23.

A rescue that had taken place 3 days earlier in the city of Oviedo, near Orlando. A resident named Gretchen was passing a green Honda car parked in a parking lot when she saw the cat stuck under the front of the vehicle.

In fact, she could only see the hind legs and the tail, which touched the ground. All the rest of his body was trapped in the chassis. 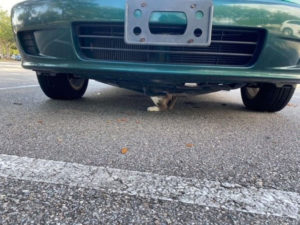 Gretchen immediately contacted the county sheriff’s office, which dispatched Deputy Simpson and her colleagues. They were joined by firefighters.

After unsuccessfully trying to get the feline out of the bottom of the car, they changed their approach by unlocking the hood. 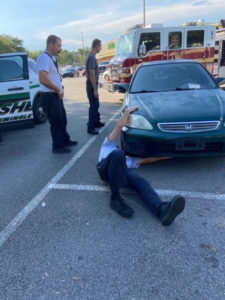 They eventually managed to reach the animal and free it. He was safe and sound. 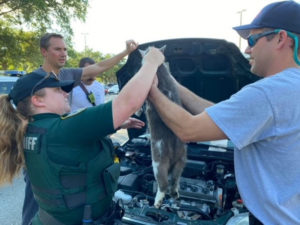 Gretchen stayed behind to watch the procedure and take pictures. These are his pictures that the Seminole County Sheriff’s Office shared on his Facebook page. 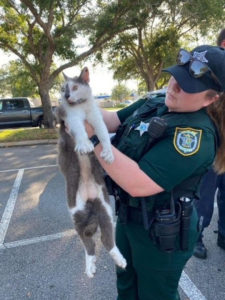 She says the cat snuggled up to Deputy Simpson immediately after her rescue.