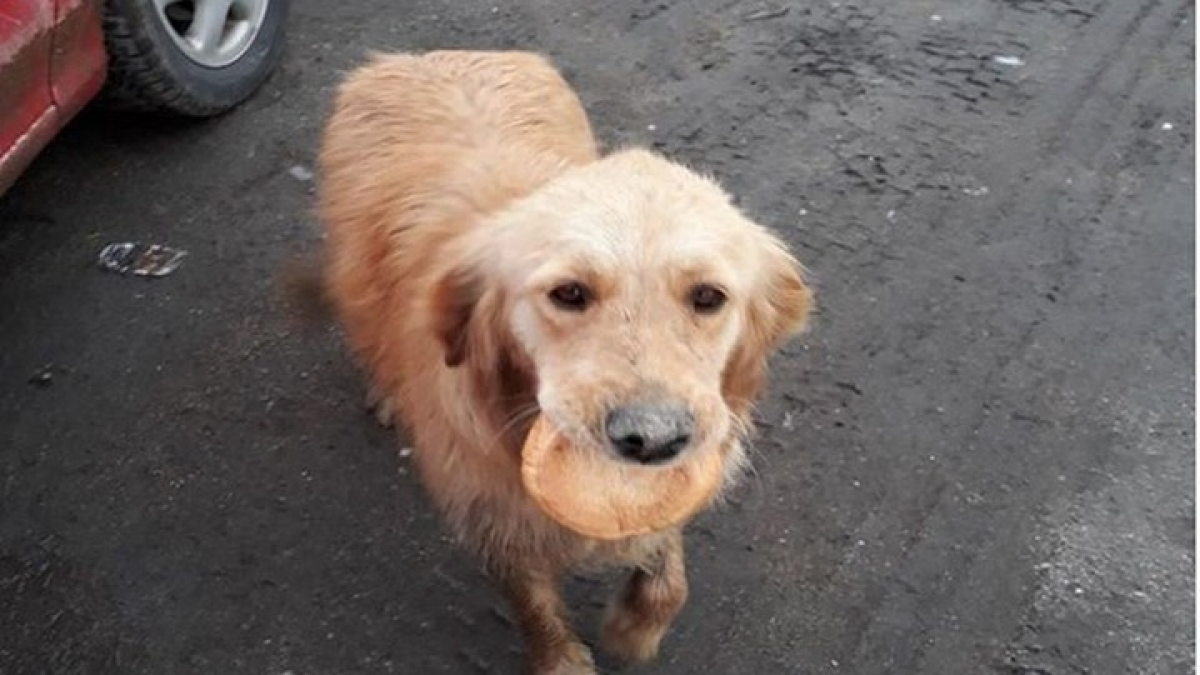 The stray dog carried with her a piece of stale bread. A real treasure when you don’t know what the next meal will be made of… The young Golden Retriever didn’t yet know that her life was finally going to change. Ayberk Ayar, an animal lover living in Turkey, one day came face to face with a stray dog. The poor little girl was dirty, wasted and was carrying with her a loaf of bread that she wouldn’t let go of for anything in the world.

After surveying the neighborhood, Ayberk discovered that the Golden Retriever, named Harper, had been abandoned 15 days earlier and had been wandering desperately in search of food ever since. It was obvious that the animal needed help.

Ayberk then posted a photo of the poor dog on social networks. The reactions were not long in coming. 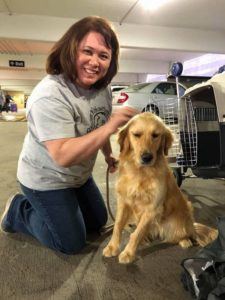 The Rescuers Without Borders association, located in Goldsmith in the State of Texas in the United States, specializes in the rescue of dogs around the world. When members of the shelter learned of Harper’s story, they decided to intervene.

They found Harper in an unsanitary shed and got her to safety. The dog was scared and fearful, but after a good meal and a bath, she now knew she could trust these strangers who came to her aid. The administrative procedures resolved, it was time to take off for the United States. 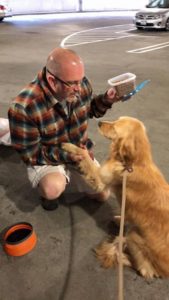 The flight went well. Rescuers Without Borders has received a large number of adoption applications. Harper’s story moved the country. She was thus able to join a new loving home. Harper now shares his life with 2 congeners, children and caring masters.

“We know Harper will have food, love, soft beds, belly rubs for the rest of her life,” a charity spokesperson told the Mirror.

The dog with the golden coat is now living her best life. As for the members of Rescuers Without Borders, they continue to work for the well-being of dogs around the world.