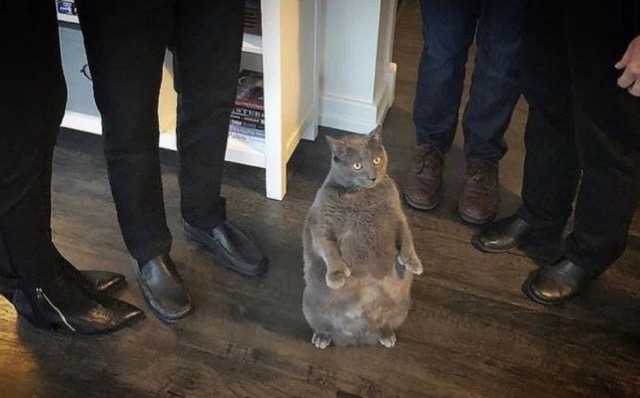 Bruno was given to the shelter by his owners, saying the cat is misbehaving so they don’t want to take care of him anymore. In addition to the bad behavior, there was another problem: the cat weighed several kilograms more than normal and this prevented him from leading an active life. An examination by the vet confirmed that the cat was obese, so Bruno was put on a diet at the shelter. A balanced diet gave results and the cat became almost 5 kg lighter. 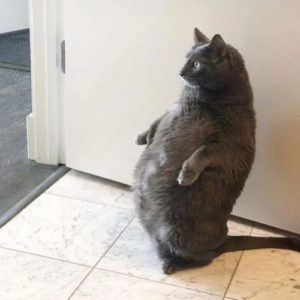 Bruno didn’t understand the need to lose weight, so he didn’t like the shelter at all with its restrictions. The cat dreamed of being in a new home as soon as possible, surrounded by people’s care and with a plate full of sweets. 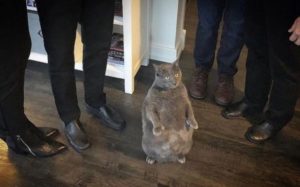 As soon as Bruno saw visitors entering the shelter, he started doing everything possible to draw attention to himself. The cat stood on its hind legs and froze in this position for a quarter of an hour, carefully watching people. A plump cat, which stands on two legs like a gopher, was striking. More often than not, Bruno managed to get delicious treats using his trick, but one day he helped him find his family. 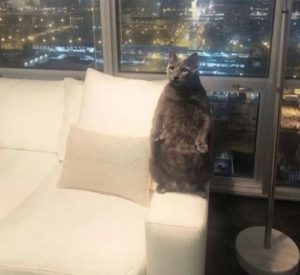 The young couple appreciate Bruno’s resourcefulness and take him to their home. The cat’s dreams of a bowl full of food were not meant to go astray, the new owners decided to follow the vet’s recommendations and continued the diet. Thanks to joint efforts, the cat managed to lose weight up to 7 kg, which is considered normal for its size and age. 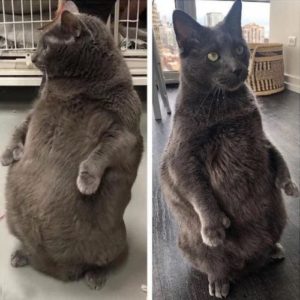 Bruno loves his owners and often pleases them with his favorite thing, which the couple always takes with pleasure.