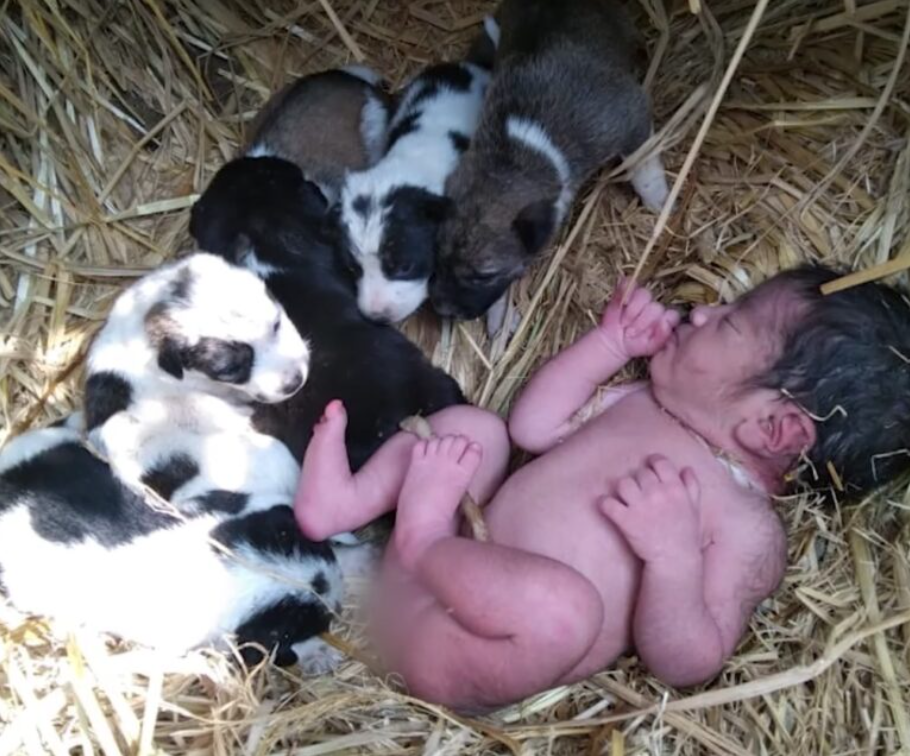 One night in late December, someone in Chhattisgarh, India, abandoned their newborn, so young the umbilical cord was still attached. Without clothes or food, the little girl’s chances of survival were very slim. Fortunately, a local stray had just given birth to a litter of puppies. The dog found the baby naked in a field and took her to where her puppies were resting. 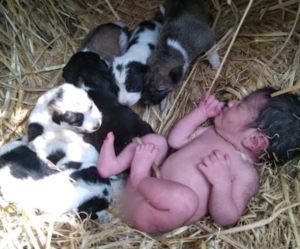 Nestled alongside the group of dogs, the fragile baby stayed warm enough to withstand chilly temperatures overnight. Facebook Eventually, the villagers heard the baby’s cries the next day. They found her lying with the puppies, unharmed. The dogs basically took this abandoned human as one of their own.

An unnamed local who spoke to the News about the discovery said: “Perhaps it was the warmth of the puppies and their mother herself that had kept this newborn alive. Usually the temperature drops at night… I have to say it is pure luck. 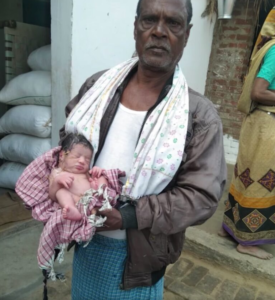 People may be wary of strays, but these puppies took better care of a baby than their own parents. The Miracle of Dogs As newborn babies require constant care and attention, it’s nothing short of miraculous that this one survived the cold. While others in the village were quick to help once they found the child, it’s likely this girl would never have survived without the care of the stray dog and her puppies. 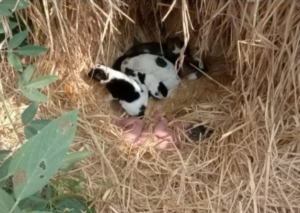 A local representative, Munnalal Patel, said villagers were shocked and appalled by what they found. “At 11 a.m. we saw that there was a newborn baby girl crying and lying next to puppies in our village.

We panicked and notified the health department before the newborn was taken to hospital for further examination. After police learned of the situation, the baby (now named Akanksha) was later referred to the ChildLine project, a foundation dedicated to helping children in need. The police are still looking for the parents of this cruelly abandoned child.

One resident, Premnath, noted: “They are not parents, they are criminals. It’s a miracle to find a surviving newborn as stray dogs occasionally hide in the dead of night. We are so lucky that dogs are naturally inclined to help humans, strays or not. This baby certainly owes his life to this fact.