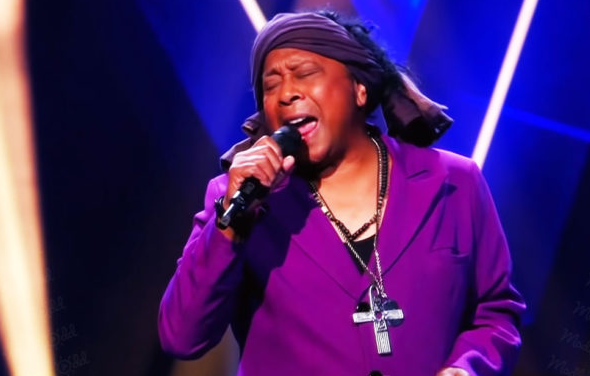 Dressed in a pretty purple coat, with a large silver cross hanging from his neck, Jimi Bellmartin looked dapper and confident for his blind audition on “The Voice.”

It was hard to tell he was 69. He had the heart and soul of a much younger person.

His song choice was “It’s A Man’s Man’s Man’s World” by James Brown, and he channeled the singer’s voice perfectly. It only took five words for something quick and unexpected to happen.

All the judges pressed the buttons on their chairs and turned around at the same time. 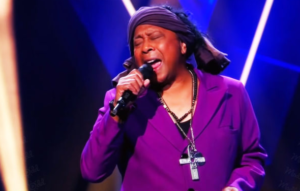 He let his heart out on stage and two of the judges couldn’t help but get up from their chairs.

Jimi Bellmartin closed his eyes, letting the song and his incredible voice fill the air. The energy was palpable, his performance was electrifying. From behind the scenes, his family cheered him on.

As soon as the song ended, everyone got up from their chairs to give him a standing ovation. It was unlike anything they had ever seen. His voice was deep and soulful, and he remained cool the entire time.