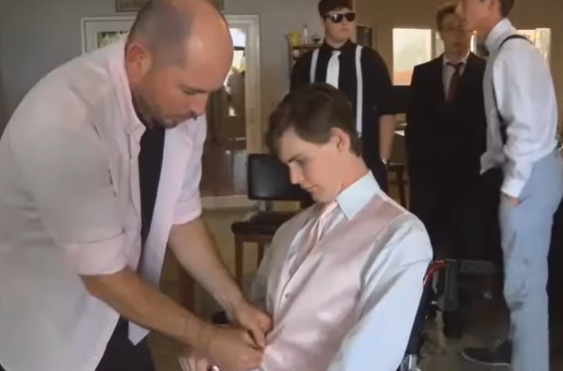 Do you remember how excited you were for your prom?

For most teenagers, the prom is a special night. After all, it only happens once (or twice) in our lives, and we want to make the most of it by doing something memorable.

However, not everyone has fond memories of her prom.

Unfortunately for those few, prom can be a horrible time in high school that they just want to get over.

Then there are stories like that of Jared Springer, who wasn’t allowed to go to prom.

It’s not that his parents didn’t allow him to go․ The school said he couldn’t go to prom because they have a policy that students who aren’t enrolled in any of the classes can’t attend any school activities. 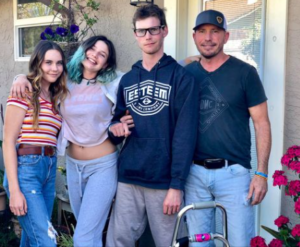 Although the policy was correct, but it was an unfair ordeal for Jared’s case.

Jared was diagnosed with a brain tumor which resulted in speech impairment, mild cognitive impairment and right-sided paralysis. What prompted Jared to continue with his treatments was the idea of attending his prom.

They made every effort to get their son to attend his prom by offering to accompany him, but the school said parents are not allowed without TB and background checks. When the school finally gave them the green light, they demanded a medical waiver that was impossible to obtain on such short notice.

He was keen to see his friends, listen to good music and finally have a little fun. So much has been stolen from him in the past year and a half։ wrote his father on his Facebook page․ 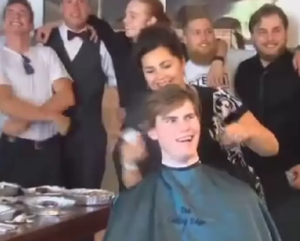 They created a Brighten A Corner page calling for volunteers, donations and any resources they would need. They believe that if the school can’t give Jared the prom he deserved, the community will.

The whole community came together․ 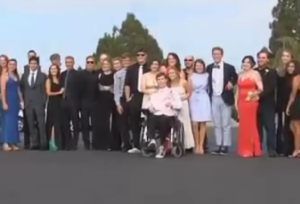 It was indeed a dream come true for Jared. Thanks to everyone who supported him. 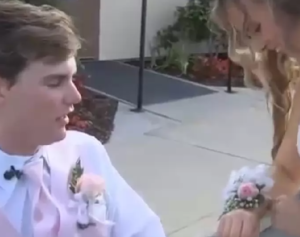 You can see on his face how happy he was to finally have the high school prom experience he was dreaming of. Dressed in his bright pink suit and tie, Jared headed off to his first and only prom experience.

The music, lights, food, and decor suit the occasion perfectly. Jared was happy to take his girlfriend as a prom date as they danced the night away.