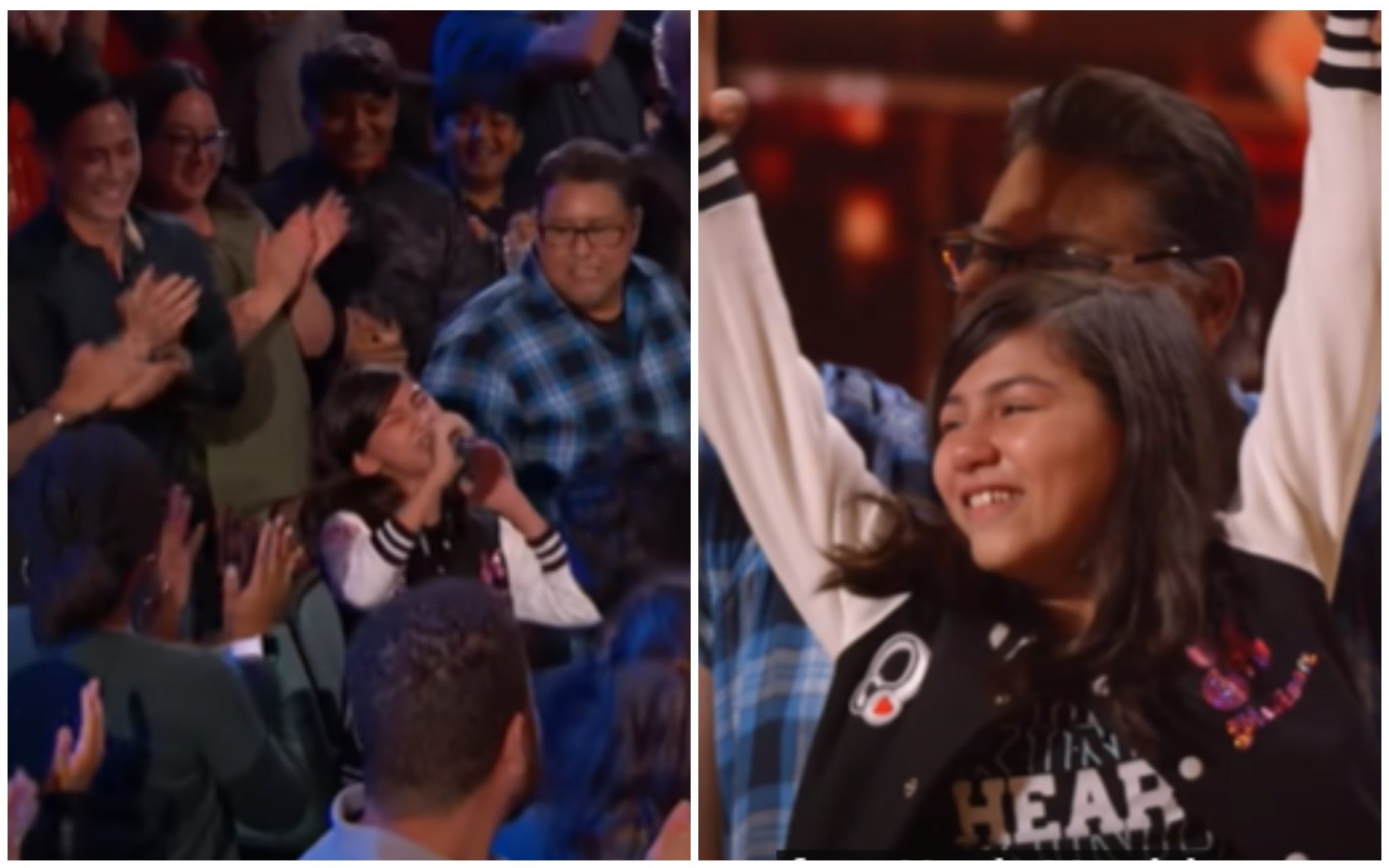 As the other AGT hopefuls eagerly awaited their turn to audition, Maddie was asked if she’d like to watch the show from the audience. She happily accepted and sat in the audience with her father.

The judges were unaware that she was in the audience.

During commercial breaks, a microphone is distributed allowing audience members to sing along to keep the crowd engaged. Moments before they started filming again, Maddie was given the microphone.

Maddie rose from her seat and sang a breathtaking version of “Amazing Grace”. 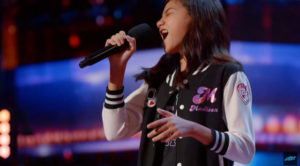 Not only did she receive a standing ovation, but all the judges turned to see who was singing in the audience.

At the suggestion of Simon Cowell, she immediately took the stage․

“We ask people during breaks if they’d like to sing a song and I was literally coming back and I heard this voice, thinking, ‘Who the hell is that? ‘” Cowell said. “And then I see this little thing in the audience and it’s you.”

When asked how she would spend the million dollar prize, Maddie said through tears that she would use it for cancer research.

Her father Chris has been battling stage four cancer for nine years.

“I’ve been battling cancer for nine years, and that’s how she learned to sing,” he said after joining his daughter on stage. “She was singing to me in the hospital all through my surgeries, all through my chemo treatments. She used to sing for me and help me get better, and I’m fine. 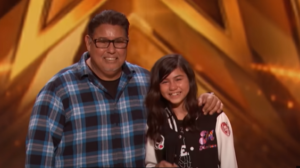 Finally, it was time to vote, and while it seemed like a no-brainer, Howie Mandel made everyone’s decision easier by hitting the Golden Buzzer and sending Maddie straight to live broadcasts.

It was a hugely emotional moment for everyone, and no doubt a dream come true for Maddie.

You can watch the touching audition unfold in the video below.