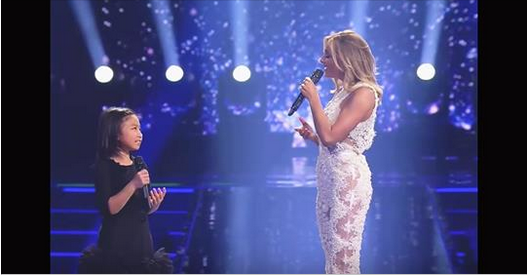 If you’re an America’s Got Talent fan, you might remember Celine Tam, a sweet little girl from Hong Kong who was left out of the competition last year before reaching the finals. So you’ll probably wonder what happened to him, from then on. 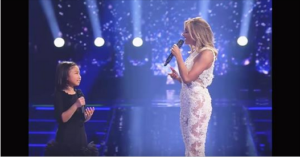 Well, there is some good news regarding Celine’s career. Recently, German singer Helene Fischer, who also hosts her own show, decided to invite the little girl to a duet.

And the song she chose was “You Raise Me Up,” although Celine’s America’s Got Talent adventure was over because she chose a song that was way too big for her, as the judges told the time. 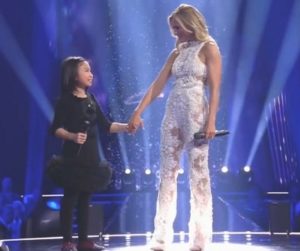 When the little girl opened her mouth, the entire audience was stunned and after a few moments the crowd cheered. Celine proved she was born to sing and the fact that she was an America’s Got Talent “loser” was nothing but motivation for her.

And Helen knew it. Watch the video below and prepare to be amazed by Hélène and Céline’s superb “You Raise Me Up” duet!